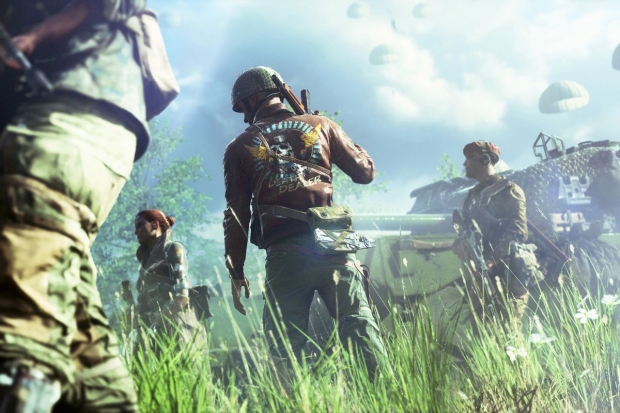 EA games is finding that its Battlefield 5 is proving a real disaster which has sent its stock plummeting.

EA has mismanaged the Battlefield franchise in the past with players moaning about gameplay - but number 5  is turning out to be a cock-up from start to finish.

First came the fierce cultural internet backlash from gamers to the Battlefield 5 reveal trailer. EA tried to inject so much 21st Century gender diversity and Hollywood action-movie style fighting into what was supposed to be a reasonably historically accurate WWII shooter trailer.  However many gamers felt the game would be "a seriously inauthentic portrayal of what WW2 warfare was like".

Then the game sold very poorly after a delayed launch date -- far less than the mildly successful WW1 shooter Battlefield 1 for example -- and is currently discounted by 33 percent to 50 percent at all major game retailers to try desperately to push sales numbers up.

Electronic Arts had to revise its earnings estimates for 2019, some hedge funds sold off their EA stock, fearing low sales and stiff competition from favorite Battle Royal games like Fortnite and PUBG, and EA stock is currently 45 percent down from its peak value in July 2018.

One of the reasons that the game is unpopular is EA's insistence on annoying Battlefield franchise in-game mechanisms such as heaving to buy decent aiming accuracy weapons with additional cash, having to pay for other DLC content and game maps. It seems that with Battlefield 5, EA which copied Apple with its enthusiasm for not listening to its customers has finally hacked them off. Many Battlefield fans did not bother buying or playing Battlefield 5.