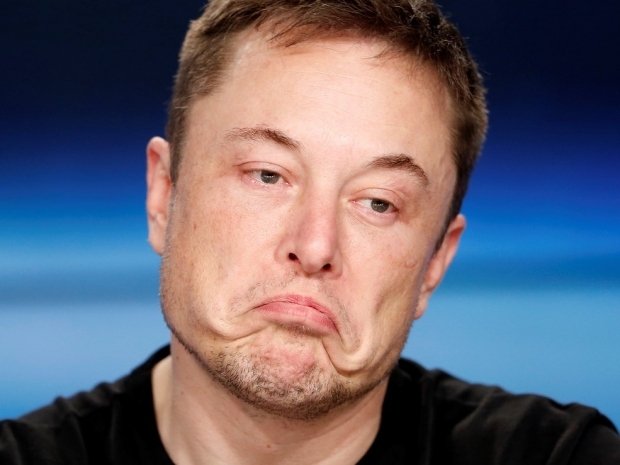 By SEC, still remains the CEO

Twitter is a dangerous tool and there is no going back when you are followed by millions. Due to his tweet about Tesla becoming a private company, after perhaps an ill-judged tweet, Tesla and Elon have to split a $40 million fine and Elon has to resign as chairman of the board within 60 days.

This is an epilogue to the US Securities and Exchange Commission accusing Tesla CEO Elon Musk of fraud and seeking to remove him from his role in charge of the electric car company.

It's not too bad,  as he will still remain the CEO of the company, and that is definitely more of a  direct role than the chairman. Losing a chairman of the board seat definitely hurts as being both chairman and CEO gives you much greater power than just being the CEO itself. In theory, a  CEO reports to the chairman and the board elects and approves the CEO. Elon has  22 million followers on Twitter and not being half naked on the tweets and pictures and smoking wacky baccy, is a great accomplishment.

He got an easy time from this, as he could have been fired as a CEO too because he created a huge fluctuation in the stock value based on a false statement that got retracted. Dell went private at one moment, and this is quite a great thing if you can afford it. You don’t mess with the US Security and Exchange Commission as that tweet has caused people to lose/win money and it didn’t come true, that is the upsetting part. Money talks.

Going private gives a company the power to do risky things without the need to get approval from the board or large shareholders. It is a matter of saying you are your own boss and can do pretty much anything that's legal, and not necessarily within reason. It worked out for Dell it seems, but Dell wants to go public again and make money on an IPO again.

Tesla is definitely a nice change of pace in the sleepy automotive industry and as we have mentioned here a few times, we see Tesla as a 10-kilometer race pacemaker which will help the self-driving and electric car race even faster, but with very little chances of winning.

The fact that Tesla can still get away suckering the mainstream press that the Tesla 3 is a bargain at $35,000 is amazing. The simple fact is it will cost you $43,000 for the cheapest model that has shipped to date plus tax. Don’t get us even started on its delivery plans and dates as every single one was pushed and broken due to a super optimistic and often very unrealistic prognosis on shipping dates. And that comes from a company that is just learning about mass car production.

Losing overall control over Tesla might be a good thing as Elon does need a babysitter. The new chairman of the board will definitely have a tough time controlling the reckless Twitter-mad CEO, but, again, if Elon makes another flop with the SEC like the tweet that got him in his current trouble, he will most certainly lose the CEO seat if not worse.

One of the good things about the Twitter Musk case is that neither he nor Tesla have to admit wrong doing which is, for someone with a big ego, a great big win.

Last modified on 30 September 2018
Rate this item
(5 votes)
Tagged under
More in this category: « US regulator sues Musk for fraud Woz rejects self-driving cars »
back to top