US kid shoots mother for not buying VR machine 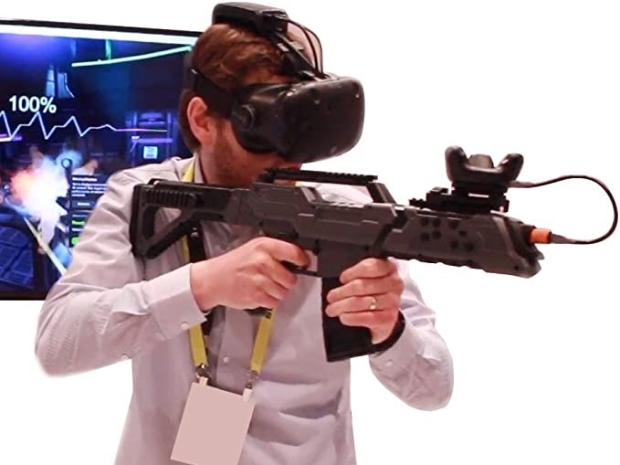 See what happens when fantasy gets out of control?

A 10-year-old boy in Wisconsin has been charged with first-degree reckless homicide after he fatally shot his mother after she refused to buy him a virtual reality headset on Amazon.

At 6:50 am on 21 November the boy retrieved a gun from his mother's bedroom after she woke him up at 6 am. Quiana Mann, 44, was doing laundry in the basement when her son came down and fatally shot her at close range, with the bullet entering her right eye and exiting the back of her head.

According to the complaint, the boy told investigators that the gun "accidentally went off" when he was twirling it around his finger.

When talking to coppers afterwards the kid said he was angry at his mother for waking him up at 6 am when he usually woke up at 6:30 am and she would not allow him to have an Oculus Virtual Reality Headset on her Amazon account.

He thought it would be a wizard idea if he "scared" his mother by shooting the wall behind her. The boy was then taken to his grandmother's house, where he saw her crying and, according to the complaint, said "without any empathy or compassion": "I'm really sorry for what happened. I'm sorry for killing my mom.'"

He then asked if his Amazon package had arrived yet.

The boy is being charged as an adult and, if convicted, faces a maximum of 60 years in prison, according to NBC News.

Last modified on 06 December 2022
Rate this item
(0 votes)
Tagged under
More in this category: « Amazon wants to put its cloud into space Musk's Neuralink investigated for animal torture »
back to top