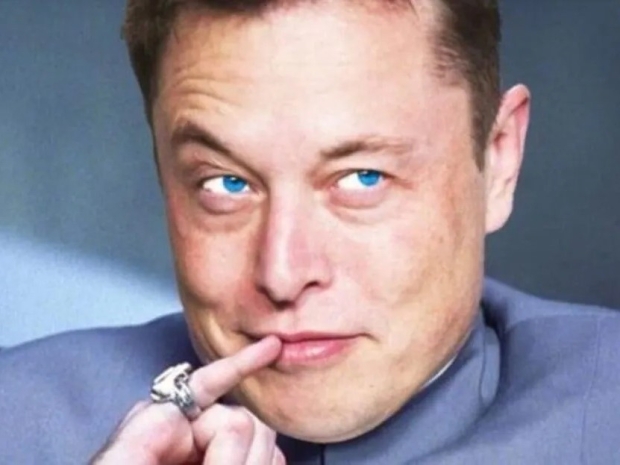 Supreme Twit Elon [look at me] Musk’s Neuralink is under federal investigation for animal-welfare violations amid internal staff complaints that its animal testing is being rushed, causing needless suffering and deaths.

For those who came in late, when Musk is not running social networking companies into the ground by providing a vehicle for right wingers, he has a side line trying to put medical chips into humans. While Musk has been talking up the abilities of his chip, which so far has allowed a couple of pigs to play pong, it appears that the research is being conducted with ethics that read like a Joseph Mengele inspired starter course.

Journalists who have been rushing to push Musk as a genius have failed to mention that there is a federal investigation into the project which was opened in recent months by the US Department of Agriculture’s inspector general at the request of a federal prosecutor.

The inquiry, one of the sources said, focuses on violations of the Animal Welfare Act, which governs how researchers treat and test some animals. Apparently, staff at Neuralink have been increasingly concerned at Musk's pressure to push deadlines, which has resulted in botched experiments.

Reuters review of dozens of Neuralink documents and interviews with more than 20 current and former employees and that these failed tests have had to be repeated, increasing the number of animals being tested and killed, the employees say.

Reuters could not determine the full scope of the federal investigation or whether it involved the same alleged problems with animal testing identified by employees in Reuters interviews. A spokesperson for the USDA inspector general declined to comment. US regulations don’t specify how many animals companies can use for research, and they give significant leeway to scientists to determine when and how to use animals in experiments. Neuralink has passed all USDA inspections of its facilities, regulatory filings show.

However, the death toll has been staggering. The company has killed about 1,500 animals, including more than 280 sheep, pigs and monkeys since 2018.  It appears that figure is only rough because the company does not keep precise records on the number of animals tested and killed. Neuralink has also conducted research using rats and mice.

Reuters identified four experiments involving 86 pigs and two monkeys that were marred in recent years by human errors. The mistakes weakened the experiments’ research value and required the tests to be repeated, leading to more animals being killed, three of the current and former staffers said. The three people attributed the mistakes to a lack of preparation by a testing staff working in a "pressure-cooker environment."

One employee, in a message seen by Reuters, wrote an angry missive this year to colleagues about the need to overhaul how the company organises animal surgeries to prevent “hack jobs”. The rushed schedule, the employee wrote, resulted in under-prepared and over-stressed staffers scrambling to meet deadlines and making last-minute changes before surgeries, raising risks to the animals.

The most complaints have been aimed at Musk who has pushed hard to accelerate Neuralink’s progress and throws his toys out of the pram when other scientists manage to do a better job. This year, the chief executive sent staffers a news article about Swiss researchers who developed an electrical implant that helped a paralyzed man to walk again.

“We could enable people to use their hands and walk again in daily life!” he wrote to staff at 6.37am Pacific time on 8 February. Ten minutes later, he followed up: “In general, we are simply not moving fast enough. It is driving me nuts!”

Musk has told employees to imagine they had a bomb strapped to their heads in an effort to get them to move faster, and threatened them with a “market failure” at Neuralink unless they made more progress which some employees as a threat to shut down operations.

It is believable given that he has made the same sort of threats at Twitter.

One former employee who asked management several years ago for more deliberate testing was told by a senior executive it wasn’t possible given Musk’s demands for speed, the employee said. Two people told Reuters they had left the company over concerns about animal research.

To make matters worse, Musk wants regulatory approval to start clinical trials in humans although he has always missed the deadlines to do this, which is no doubt a great relief to potential patients.

In comparison, Musk's rival Synchron, which was launched in 2016 and is developing a different implant with less ambitious goals for medical advances, received FDA approval to start human trials in 2021. Synchron has killed only about 80 sheep as part of its research.

Last modified on 06 December 2022
Rate this item
(4 votes)
Tagged under
More in this category: « US kid shoots mother for not buying VR machine Apple illegally threatened workers »
back to top