Apple event shows how bad the mainstream press has become 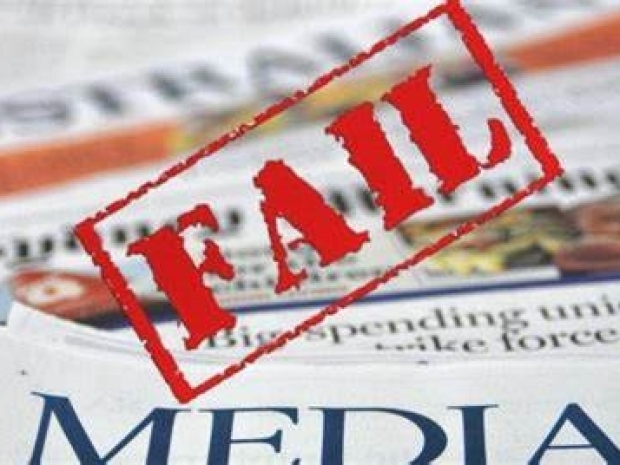 Release something and the Tame Apple Press goes mental

Fruity and nutty cargo-cult Apple has released some new products and the Tame Apple Press is falling over itself to hype the overpriced mediocre products.

At the heart of the announcements was the next generation of Apple Silicon chips the M1 Ultra SoC (system on a chip). The Tame Apple press enthused that it was “even more powerful than the M1, M1 Pro, and M1 Max chips its released so far” forgetting that is the whole point of a new chip release.

Reading some of these reports, you release how far into advertising the trade press has gone.

“The key to the M1 Ultra is the Apple's UltraFusion architecture -- effectively, Apple is fusing together two separate M1 Max chips into a single, massive SoC, thanks to the 2.5TB/s inter-processor connection that the M1 Max offers. That design lets Apple double virtually all the specs from its M1 Max chip on the M1 Ultra: 20 CPU cores (16 performance and four efficiency), 64 GPU cores, a 32-core Neural Engine for AI processing, and up to 128GB of RAM. All told, Apple says that "the M1 Ultra offers eight times the performance of the regular M1,” one report breathlessly says.

So in other words, compare a new product with an older one and believe whatever a hardware manufacturer tells us about it. Then have other people repeat the story over and over and hopefully no one will get under the bonnet and check. Well it worked for Putin for a long time why will it not work for Apple?

But where it comes unstuck is that Jobs’ Mob is pitching its new chip as a match for anything that AMD or Intel has in that frame. Apple claims that it is equal to the “highest-end PC GPU available.” However, those who have gotten their paws on the SoC are rather reluctant to put this bizarre claim to the test.

PC Magazine runs off a review which mostly compares the new chips with the older M1 versions. It makes a vague reference to an unnamed “Intel i7” and a GeForce RTX 3070 which was released last year (which actually does quite well against the new M1) but does not put it into any meaningful test against AMD or anything more recent. Unless the goal was to create the impression that Apple’s chip was a cure for cancer, we cant see why PC Magazine’s lab testers did not give a more reasonable and detailed test.

Apple today announced the third-generation iPhone SE, featuring the A15 Bionic chip, improved battery life, 5G connectivity, a new camera system. MacRumors wets itself saying that you get all that for “just $425.” Given Apple has always had a problem with battery life, 5G has been available on cheaper phones for ages, and $425 is not exactly cheap we would not have thought that this was particularly good news. The screen is also smaller so it should have longer battery life and is not something really to brag about.

The new iPhone SE features the same 4.7-inch display as the current model but now has the same glass as on the back of the iPhone 13 and iPhone 13 Pro.

The Tame Apple Press was gob smacked that Apple released a new product. Apple unveiled a new product --The Mac Studio desktop computer. Which is halfway between the Mac Mini and the Mac Pro.

Mac Studio features the M1 Max chip and can be upgraded to the M1 Ultra chip. However, all this gets silly when you start to look at the price. The base-level Mac Studio starts at $2,000 and comes with the M1 Max, but the Mac Studio with the new M1 Ultra chip starts at double that price $4,000.

Now you can buy a LOT of PC with GPU power for $4,000 but again, the Tame Apple Press does not seem too keen to point that out.

“See he is showing support for Ukraine without saying anything” said one.

If Cook wanted to say something in support of Ukraine, no one would have stopped him or objected. Sending out subliminal messages is not really required. You have to be really desperate to think a company is great to see that sort of thing.

Last modified on 09 March 2022
Rate this item
(3 votes)
Tagged under
More in this category: « Red Hat gives up on Russia and Belarus Linux has a big hole »
back to top