Amazon falls to leave the atmosphere 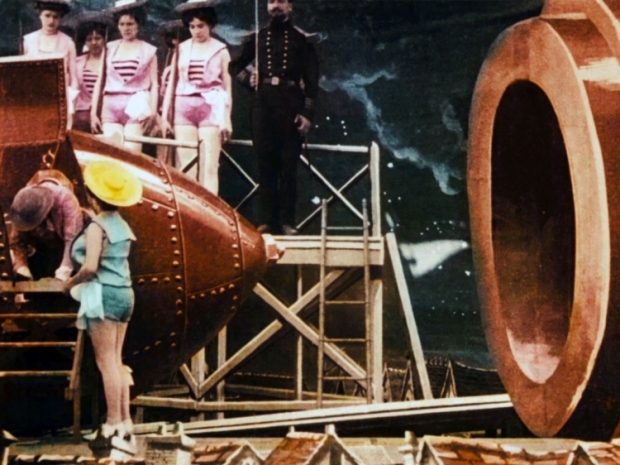 It seems that Amazon might be playing the price for its CEO’s obsession about getting into space.

While Jeff Bezos was trying to be the first capitalist to fly a giant model sex toy into space, Amazon was not doing as well as Wall Street expected.

Superficially Amazon did well. Its Q2 2021 earnings, revealed that revenue from Amazon Web Services has jumped 37 percent to $59 billion. Cheers.

But really if you can't make money off the cloud during a pandemic you are probably better off going back to flogging books.

Amazon delivered sales results that came in short of expectations and offered a disappointing outlook for the current quarter.

Amazon said that revenue will be in the range of $106 billion to $112 billion for the third quarter. Analysts were looking for $119.3 billion.

Amazon is one of the few retailers that has prospered during the pandemic. As physical stores selling non-essential goods like clothing temporarily or permanently closed, people stuck at home turned to Amazon for everything from groceries to cleaning supplies.

Chief Financial Officer Brian Olsavsky said the slowdown in sales growth is a result of the company lapping against last year's huge pandemic-induced COVID-19 shopping binges. The slowdown also reflects that people, particularly in Europe and the US, are more mobile and are doing other things besides shopping online, he added.

When the pandemic hit and lockdowns began in March 2020, it took some time for Amazon to add more workers and expand its capacity to meet a surge in shopping. By May 2020, the company's revenue growth rate jumped in the 35 percent to 40 percent range from what had been a 20-21 percent range during the pre-pandemic days. It remained at that level through the first quarter of this year, when its revenue growth hit 41 percent.

Amazon's year-over-year percentage growth rate has dropped into the mid-teens. Its revenue guidance for the current quarter now forecasts a range of 10–16 percent growth. Amazon executives say a more accurate way of assessing its growth rate is on a two-year compounded annual rate, which remains at a hefty 25-30 percent.

During the three-month period ended June 30, the company reported a profit of $7.78 billion compared with $5.24 billion  during the year-ago period. Revenue jumped 27 percent to $113.08 billion. Analysts expected $115.42 billion in quarterly revenue. The quarter that ended June 30 was the company’s last with founder Jeff Bezos as CEO. He stepped down to become executive chairman in early July. Andrew Jassy, who headed its cloud-computing unit, Amazon Web Services, succeeded him.