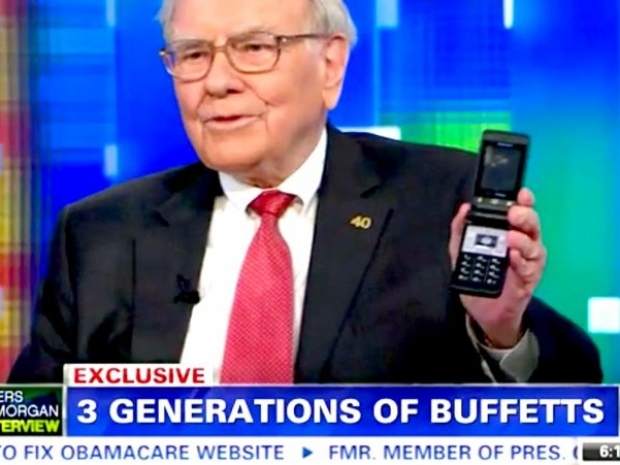 Still, it can afford to make a couple of mistakes

Financier Warren Buffett refused to give the thumbs up to  Apple's new suite of services.

Buffett has been a long term investor in Jobs’ Mob although he has been off-loading Apple shares and does not use an iPhone.

For those who came in late, Apple announced an ambitious plan to reorient itself as an entertainment and financial services company, including a plunge into video streaming and the launch of a Goldman Sachs-branded credit card.

The credit card was quickly mocked and rejected as “gimmicky” and unlikely to go beyond the shrinking Apple ecosystem by those who know about these things.  Apple has no experience of the entertainment business which is in many ways the opposite of its business model.  Apple’s business model has been based on idiots buying whatever it tells them are good, and you can't really get away with that with telly content.

The billionaire chairman of Berkshire Hathaway pointed out that Apple is sitting on so much cash it can “can afford a mistake or two”.

“Eyeballs aren’t going to double. [Entertainment] is not an easy game to predict, because you have very smart people with lots of resources trying to figure out how to grab another half hour of your time.”

But he said a decade from now, as the delivery of entertainment content improves, “the public will be the winner”.

Buffett also showed his usual humour, prompting audience laughter as he removed a flip phone from his pocket during the Apple discussion.

“Alexander Graham Bell lent it to me, and I forgot to return it”, said Buffett.  It probably still does more than the iPhone X

Last modified on 29 March 2019
Rate this item
(0 votes)
Tagged under
More in this category: « Amazon boss wants to put Alexa into a robot AMD rumoured to get ray tracing in 2020 »
back to top