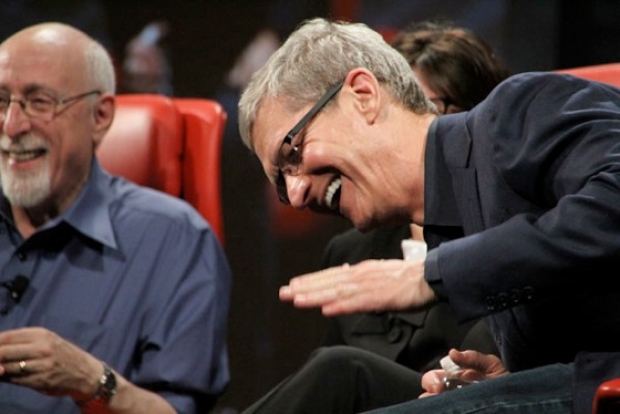 What you should do if you are snaking toward doom

Fruity cargo cult Apple has decided to give its CEO Tim Cook a bonus for not coming up with a plan to save its iPhone cash cow.

Despite the writing being on the wall for the iPhone, Cook believed that he could make up the short fall by jacking up prices, cutting margins and trying to tack on added services.

All that happened was people decided that the iPhone was too expensive and opted for cheaper Chinese tech that did the same thing for less.

Despite a year which saw a big chunk of the company’s value wiped, Apple decided that such visionary management was worth a hefty 22 percent pay raise in 2018, bringing Cook’s total compensation for the year to almost $15.7 million.

According to a filing submitted to the Securities and Exchange Commission the figure comprised a base salary of $3 million, a $12 million bonus and $680,000 in what it called "other compensation" that includes private air travel and security expenses.

Apple's compensation committee cited the company's strong sales performance over the year in justifying the bonus.

It claimed that for 2018 Apple achieved net sales of $265.6 billion and operating income of $70.9 billion, each representing a year-over-year increase of 16 percent, and exceeding the 2018 maximum annual cash incentive program goals for both of those performance measures.

"The Compensation Committee determined that no downward adjustments to the payouts would be made based on Apple's 2018 performance and the individual contributions of our named executive officers and approved the maximum total payout at 400 percent of annual base salary."

Had Cook read Fudzilla a few years ago, he would be been working out a viable gadget which would be in the shops about now and no one would have cared that much about the iPhone. However, he decided to keep the technology on life support and make like difficult for its sales teams by increasing the price. Yeah, that is worth a bonus.