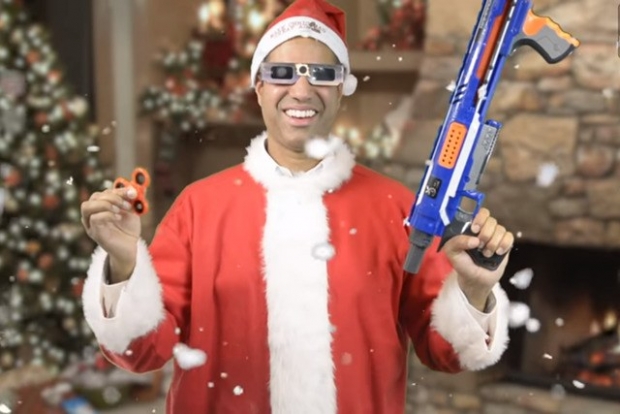 FCC boss Ajit Pai has snubbed the the annual Consumer Electronics Show (CES) again, claiming there is no funding for such things until Donald Trump gets his wall.

Politico Pro reports that Pai and fellow Commissioner Brendan Carr are cancelling their appearances at CES as a consequence of the ongoing partial government shutdown. This is the second time Pai has missed the show.  Last time he claimed it was too dangerous as he had received death threats in the aftermath of the net neutrality rollback, which occurred just weeks before the conference.

Carr was expected to attend a roundtable session with Federal Trade Commission Commissioner Rebecca Slaughter to discuss regulatory and policy issues involving 5G, privacy and accessibly, along with other topics. Both events have been removed from the CES schedule

As of yesterday, non-essential FCC employees were furloughed and most operations were suspended as Congress battles it out over a funding package for the upcoming fiscal year. While the agency is shut down, consumer complaints will not be heard, consumer protection enforcement actions will be ceased, and licensing services will end until new funding is approved in other words business as normal.

CES 2018 begins on 8 January. Pai was scheduled to speak on the opening day to explain how wonderful life is now that the telco monopolies are in charge of the US internet.