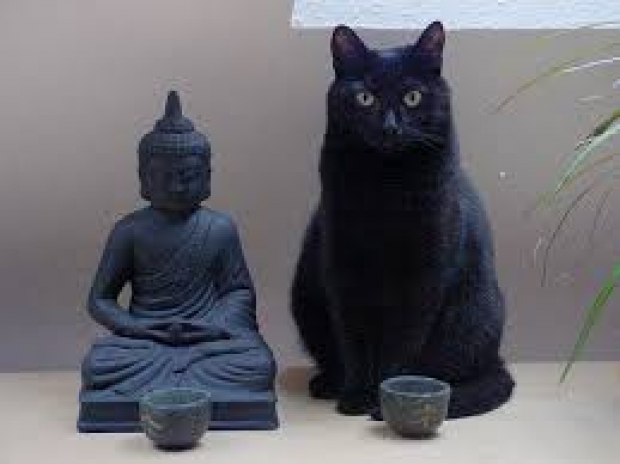 What is the sound of one BAP instance of an SAP system containing the enqueue server and the message server clapping?

The maker of expensive software which no one is sure what it does has done well by turning to the meditation technique of mindfulness.

According to Reuters, it all started when Peter Bostelmann, an industrial engineer at Europe’s technology giant SAP, discovered meditation during a personal crisis a decade ago. It had such a significant impact on him he convinced the outfit to start a pilot of mindfulness training in 2013.

Bostelmann, who now runs a global mindfulness programme at SAP claims that employees are more healthy and more engaged and they can cope better with a changing world.

Now SAP is rolling out mindfulness training to all 22,000 German staff and offering consulting services to other firms. It teaches them to pay attention to the present moment, and tune in to thoughts, feelings and surroundings.

Of SAP’s 91,000 employees, 6,500 have participated in a two-day programme, including several top executives. Another 5,500 are on a waiting list, with 21 trainers employed in 20 locations around the world and another 20 set to join in July.

After the training, SAP employees often start meetings with a minute of stillness. Groups also get together to practice “mindful” eating and walking in their breaks, slowing down and paying full attention to their chewing or their steps.

SAP says it has gone further than most. It is now advising the likes of Siemens and Deutsche Telekom on mindfulness programmes.  It says that mindfulness is part of a broader push to tackle stress and improve employee health that it says is resulting in higher profits.

Cawa Younosi, SAP’s human resources head in Germany, said that providing employees with the tools and skills to decompress can flow to the bottom line. Since 2014, SAP has sought to measure the impact of factors such as employee engagement and health on operating profit, arguing that staff with a better work-life balance are more resilient to stress and, therefore, more productive.

SAP last month announced upbeat first quarter results and raised its 2018 sales and profit guidance, saying it was gaining ground on competitors Salesforce (CRM.N) and Oracle (ORCL.N) in the cloud and that its margin recovery was firmly on track.

SAP does not say how much it is spending on mindfulness but says it has seen a 200 percent return on investment, with the training leading to a rise in employee engagement and a fall in absenteeism.

Last modified on 18 May 2018
Rate this item
(0 votes)
Tagged under
More in this category: « Google faces Indian mutiny Intel nears the big 50 »
back to top