Assange is now an Ecuadorian national 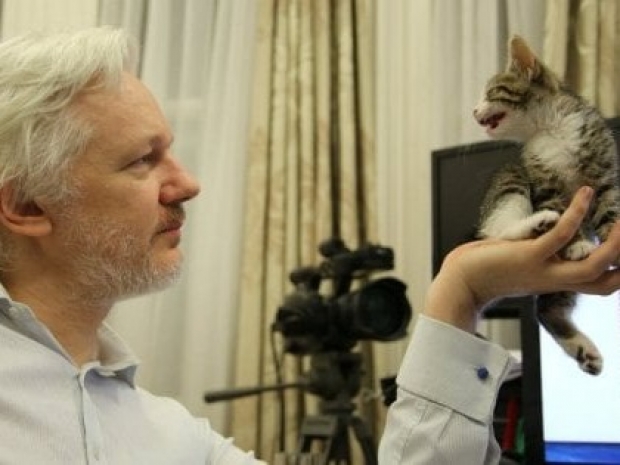 But the UK says he can't be a diplomat

Ecuador has granted citizenship to WikiLeaks founder and bail-jumper Julian Assange, who has been living in asylum at the nation's embassy in London for more than five years.

The nation's foreign minister announced Thursday that officials had decided to permit Assange's naturalisation while they look for ways to resolve his situation. It seems that Ecuador thought that they could get him diplomatic status so that they could ship him to Ecuador under diplomatic immunity. The UK said no. After all, Assange is about as diplomatic as Donald Trump.

For those who came in late, Ecuador gave Assange political asylum after he sought refuge in the embassy in 2012 to avoid a Swedish extradition request on a case of alleged rape. Sweden temporarily dropped that investigation, British officials say they'd still arrest him on charges of bail jumping.

Britain's Foreign Office said: "The granting of Ecuadorean nationality does not in any way change Julian Assange's legal status in the UK. The Government of Ecuador knows that the way to resolve the situation is for Julian Assange to leave the embassy to face justice. Nobody should pretend that granting him Ecuadorean citizenship is a route to solving this longstanding issue."

Ecuador has become increasingly embarrassed about Assange who has a habit of making pronouncements on subjects which are opposed to Ecuador's foreign policy. What has changed is Assange’s value to Ecuador as a political symbol.

Part of Assange's problem is that when he sought asylum to Assange, he was still a hero to many on the liberal left, and to many opponents of “US imperialism”. However now he is poster boy for the paranoid, conspiracy obssessed hard-right nationalists – with many seeing him as a supporter of the style of politics of both Trump and Vladimir Putin.  Unfortunately for Assange, neither Trump nor Putin have indicated they will help him out.

Security staff were filing minute by minute reports of Assange’s movements to Ecuador’s intelligence agency. Last year, these tensions came to the fore as Assange was publicly reprimanded by Ecuadorian officials for interfering in the US election process – by publishing hacked emails from the DNC and Clinton campaign – while claiming asylum.

Last modified on 12 January 2018
Rate this item
(0 votes)
Tagged under
More in this category: « Uber had a software panic button EVGA shows 2.2kW PSU at the CES 2018 show »
back to top