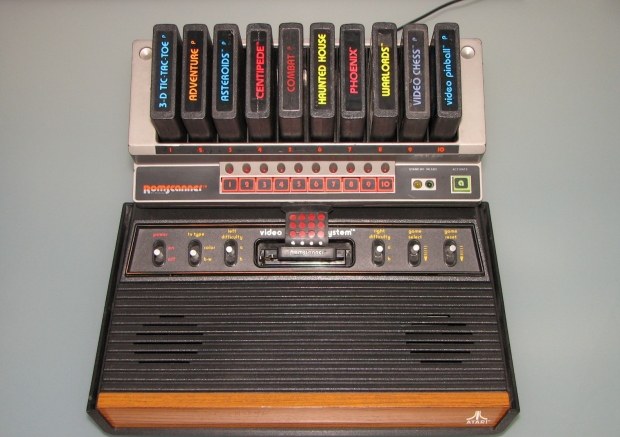 Atari is making a video games console for the first time in more than 20 years and it looks like it will be a retro machine.

For those who came in too early to remember, Atari released its first home console, the 2600, in 1977. It went on to launch several generations of consoles before it was overtaken by Nintendo, Sega and Sony, and its last full release was the Atari Jaguar in 1993.

It filed for bankruptcy in 2013, emerging a year later as a company focused largely on mobile and online casino games.

Now Atari’s chief executive Fred Chesnais told the Gamesbeat website: “We’re back in the hardware business”.  It comes after the company teased a short video appearing to show the front of the console.

The “Atari Box” shows some display wood panelling, which was a signature feature of its older consoles. Chesnais said it would be based on PC technology, which means it will probably run emulator software and play classic Atari games. This means games like Pong, Pac-Man and Asteroids.

While this sounds a bit daft, retro gaming has seen a revival in recent years. Nintendo’s NES Classic Mini sold out before being controversially discontinued this year. Nintendo is reportedly working on a mini version of the NES’s successor, the Super Nintendo.

The Atari 2600, originally called the Atari VCS, was controlled with a joystick and one button, and is credited with popularising consoles that played different games on cartridges that could be switched in and out.

Around 30 million of the consoles were sold. Further hardware, the 5200 and 7800, followed before the launch of the Jaguar in 1993. However, the console suffered from a lack of support and sold just 250,000 units before it was discontinued.

More in this category: « AMD and Nvidia have one thing in common Modern PC’s inventor logs off »
back to top