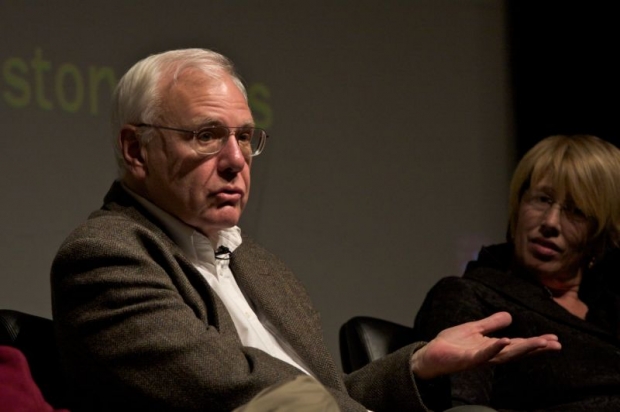 Charles Patrick Thacker, the bloke who was instrumental in developing the modern personal computer has died. He was 74 and had been suffering from esophageal cancer.

Thacker is credited with designing the first modern personal computer, the Xerox Alto, and was co-inventor of the Ethernet.

Born in Pasadena in 1943, Thacker received a bachelor's degree, majoring in physics, from the University of California, Berkeley, in 1967. He joined the university's "Project Genie" in 1968, which he and others later left to form the Berkeley Computer Corporation, according to his Computer History Museum biography. Thacker designed the processor and memory system for the corporation.

He joined the Computer Science Laboratory at the Xerox Palo Alto Research Center (PARC) in 1970, where he was the project leader of Xerox Alto, the first computer designed to support an operating system based on a graphical user interface and that also introduced the mouse.

Later he would have this innovation stolen by the Apple and the invention attributed by legions of brainwashed fanboys to marketing expert Steve Jobs.Now Apple magazines are honouring this theft by claiming Thacker only "inspired" the Apple Mac.

Thacker was also co-inventor of the Ethernet with engineers Robert Metcalfe, David Boggs and Butler Lampson in 1974, according to the ACM. At PARC, he also contributed to the world's first laser printer.

Thacker left PARC in 1983 with other computer scientists to found the Digital Equipment Corporation's Systems Research Center in Palo Alto. He led hardware development of "Firefly," the first multiprocessor workstation. He also worked on computer networking, according to the Computer History Museum and ACM.

He joined Microsoft in 1997 to help establish the company's Cambridge, UK, Research Laboratory. In 1999 he returned to the US and joined the Tablet PC group, managing the design of the product's first prototypes.

Thacker was quoted as saying that he strongly disagreed with those who felt that computing had become boring.

"New physics is being discovered every day, and many of those discoveries will surely have a significant impact on computing. So the journey has just begun," he said.

Last modified on 19 June 2017
Rate this item
(0 votes)
Tagged under
More in this category: « Atari makes a new games console Chess champion says we need to embrace AI »
back to top