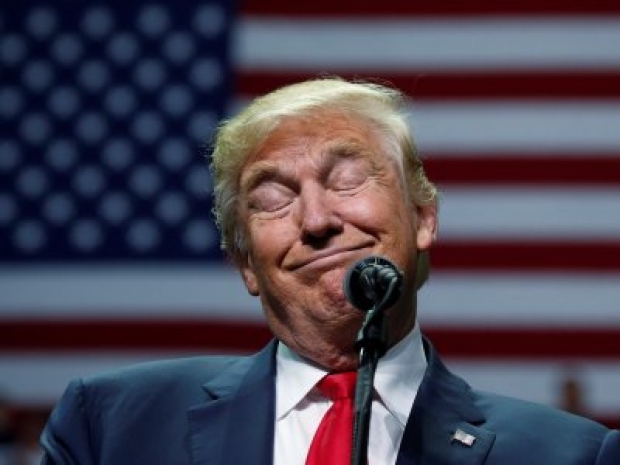 But promises to arrest Julian Assange


Donald (Prince of Orange) Trump has missed a deadline to create a cyber security team which was supposed to keep the Russians out of US networks.

During the election, Trump promised he would appoint a team to give him a plan within 90 days of taking office.

That deadline ended yesterday and there is no team, plan, or a clear answer from the White House on who would even be working on what. It looks like the cunning plan has been lost in the cracks of one of a White House software.

Since his inauguration, Trump's issued a few tweets and promised to get to the bottom of Russian hacking but that is it.

One thing he appears to have done is knife his election ally Julian Assange. Trump has decided that Assange is a criminal and he wants him arrested and to stand trial in the US.

While President Barack Obama's administration had given up on Assange, and had issued an order to free Bradley Manning, Trump’s justice experts have a cunning plan to lock Assange up.

"We are going to step up our effort and already are stepping up our efforts on all leaks. This is a matter that's gone beyond anything I'm aware of. We have professionals that have been in the security business of the United States for many years that are shocked by the number of leaks and some of them are quite serious. So yes, it is a priority. We've already begun to step up our efforts and whenever a case can be made, we will seek to put some people in jail."

What this means that even if Assange waits another five years for the statute of limitations to expire on his Swedish sex case, he is going to face extradition to the US. It also means that all his claiming that the Swedish case was a smokescreen to get him back was complete fantasy – the US had given up on him.

Still he must be gutted after doing so much to get President Trump elected, Assange should have expected a pardon. Obama appeared to have been ok with doing that, but said that Assange had done nothing that he could pardon him for.

Last modified on 21 April 2017
Rate this item
(0 votes)
Tagged under
More in this category: « Ubuntu might retire Thunderbird Microsoft changes Windows update programme »
back to top