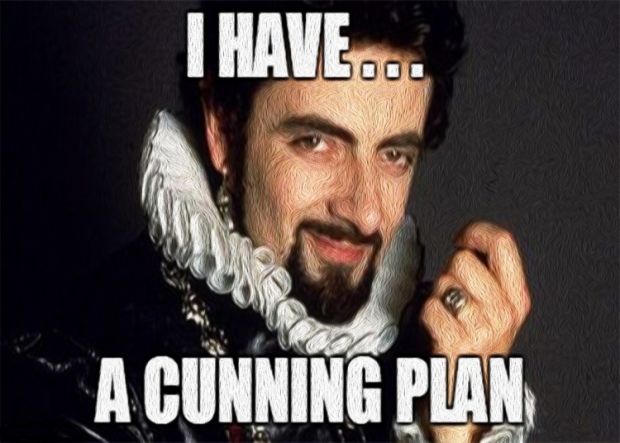 What is next for the cargo-cult?

While it is still earning piles of cash, Apple is stuffed unless Tim Cook comes up with a cunning plan to save it.

Apple’s cash-cow, the iPhone, is now thoroughly milked and is unlikely to provide it with the sorts of cash Apple has been generating for much longer. Other “game changing” technologies that Apple has come up, such as the iWatch and the Tablet,  have fallen flat and some of the areas it was spending a fortune to develop such as television and hi-tech driverless cars have been canned. Its wireless music business is not really that great and its contactless payments system has too many rivals.

The Tame Apple Press says that the reason we have not heard Apple’s plans is because the company is “famously secretive”. But that does not really work as we know Apple’s plans often years in advance because it leaks them to its favourites.

Now it seems all those leaks suggest that Apple really has run out of ideas and is waiting for someone else to come up with something good for it to steal. If it does that then Apple really is stuffed and we are not certain that is the case.

For all we think Apple is an evil outfit which is lowering the standards of the world, we do not think that Tim Cook is stupid. Any CEO in his position would be running around like a mad thing trying to find something to sell and market.

In Apple’s most recent financial conference call, Cook spoke about the company’s personal digital assistant, Siri, and said it has fallen behind Google Assistant.

He said that the reason for this was because Google’s knows more about your personal life – scanning all the personal information you have on Google’s services to learn more about you. Cook claims he does not want to do that.

“In terms of the balance of privacy and AI, this is a long conversation, but at a high level, this is a false tradeoff. People would like you to believe you have to give up privacy to have AI do something for you, but we don't buy that. It might take more work, it might take more thinking, but I don't think we should throw our privacy away. It's sort of like the age-old argument between privacy and security. You should have both. You shouldn't have to make a choice.”

That all might be true, but it does mean Cook has to ignore this method of creating AI. In fact, in the same call, he said he thought Personal Digital Assistants Like Amazon’s Echo were a niche market. He thinks assistant technology should be mobile

"We live in a mobile society. People are constantly moving from home to work and to other things they may be doing. And so the advantage of having an assistant on your phone is that it's with you all the time."

So nothing happening there then. Cook wouldn’t comment on Apple’s abandoned car plans, but he does see his outfit revolutionising the car industry in some way:

“I can't speak about rumors, but as you know, we look for ways we can improve the experience and the customer's experience on different sets of products. We're always looking at new things and the car space is an area where it's clear there are a lot of technologies that will become available... or will be able to revolutionize the car experience. It's interesting from that point of view. But certainly nothing to announce today.”

So probably not anything happening on that front either.

Tim Cook revealed his company’s thoughts on the burgeoning technology of augmented reality:

"Augmented reality will take some time to get right, but I do think that it's profound. We might ... have a more productive conversation, if both of us have an AR experience standing here, right? And so I think that things like these are better when they're incorporated without becoming a barrier to our talking. ... You want the technology to amplify it, not to be a barrier.”

This seems to suggest that Apple might end up coming up with some nerd glasses. If it is done well, this is exactly the sort of thing that Apple could make a bob or two out of. Glasses would have to be fashionable and cool looking but have functionality at the same time. However Apple will have to be quick or else it will find that others have taken the market before it gets its act together. Apple seems a long way away from having a product yet.

But what worries us is this is the only area where Apple is doing something to come up with a new product. Other comments which have come from the cargo cult suggest a closing of ranks around the iPhone and little else.

This means that Cook is going to have to come up with something better, or reveal something a little more interesting of his cunning plan and soon. While cynics like me can be safely ignored by Apple, shareholders and others might start wanting to see change.

Last modified on 02 December 2016
Rate this item
(5 votes)
Tagged under
More in this category: « Huawei not bringing two of its flagships a slice of Nougat Enermax announces new Revolution SFX PSUs »
back to top