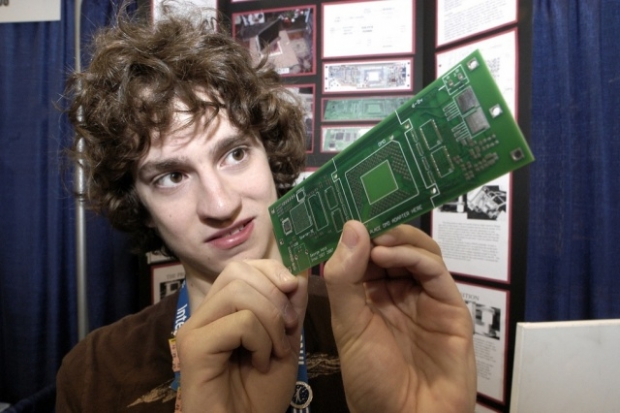 Hacks his own car to do it

The bloke who was the first to jail break the iPhone, George Hotz hacked his own car to turn it into a self-driving vehicle.

According to Bloomberg Hotz invited around one of their hacks to admire his handy-work.

Hotz stuck a laser-based radar (lidar) system on the roof of his white 2016 Acura ILX and a camera mounted near the rear-view mirror. A tangle of electronics is attached to a wooden board where the glove compartment used to be, a joystick protrudes where you’d usually find a gearshift, and a 21.5-inch screen is attached to the centre of the dash. It runs on Linux operating system.

Known as “geohot,” Hotz was the first person to hack Apple’s iPhone and the Sony PlayStation 3. He was unsure what he wanted to do next and decided a self-driving car idea. After all, one bloke’s ideas against expensive teams from Apple, Google and Tesla is very hackerish.

Bloomberg says it works, sort of, but given Hotz did it on his own it is not bad.  It works on the highway and did steer correctly around a steep corner and avoid an oncoming SUV.  We suspect the authorties will not be happy with Holtz test drive.

Last modified on 17 December 2015
Rate this item
(4 votes)
Tagged under
More in this category: « Microsoft raises the upgrade pressure Audiophiles dying out »
back to top