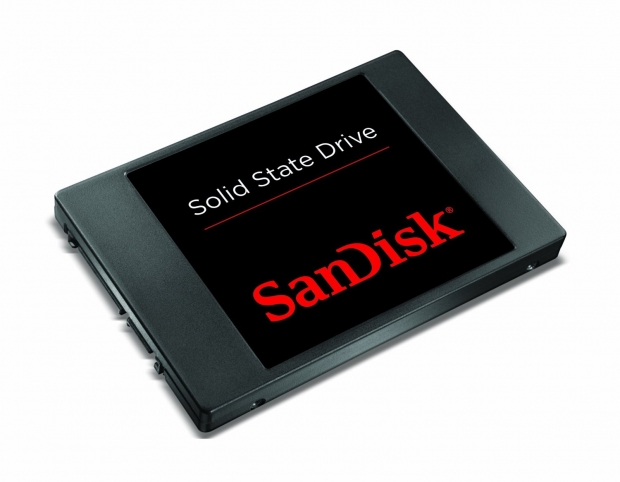 SanDisk has unveiled its Z400s which look tailor made to kick the HHD market while it is down.

With capacities ranging from 32GB to 256GB it is not so much the storage space but the cost which makes the gear attractive – it is more or less the same as traditional hard disk drives.

The Z400s are targeted at the embedded space but could easily snuggle into the mainstream computing market.

In a press release the company said that with a single architecture, SanDisk is able to provide OEMs with an affordable solution for displacing HDDs in today's cutting edge consumer devices.

It thinks this will be help embedded application designers avoid overpaying for un-needed space – all while delivering the peak performance and high-reliability that only SSDs can supply.

The Z400s is available in 32GB, 64GB, 128GB and 256GB capacities which are a little too small for taking on the 1TB standard harddrive. However as a reliable slave drive with a bit of storage, this makes them idea for an operating system or key program slave drive.
For mainstream computing use, the drive fits inside popular mSATA enclosures with a 7mm height. SanDisk claims that the Z400s has a read speed of 550MB/s and a write speed of 380MB/s. These speeds are not too far off from the company's high-end 240GB SanDisk Extreme Pro SSD ($140), which has a 550MB/s read speed and a 520MB/s write speed.

SanDisk has not announced specific pricing, but it has said that the drives have a lower total cost of ownership compared to current solid state drives (SSD), and that the Z400s will be priced comparable to hard disk drives (HDD).
A 250GB Western Digital 2.5-inch hard drive currently retails for $47 so that must be where Sandisk is headed to achieve that goal.

SanDisk says that the Z400s uses less power than hard drives, with up to 20 times lower power consumption. It can run on 30mW of power which means that the laptop can run longer on battery power.

Rate this item
(6 votes)
Tagged under
More in this category: « Intel NUC gets Braswell overhaul Unisys abandons DIY chips for Intel »
back to top