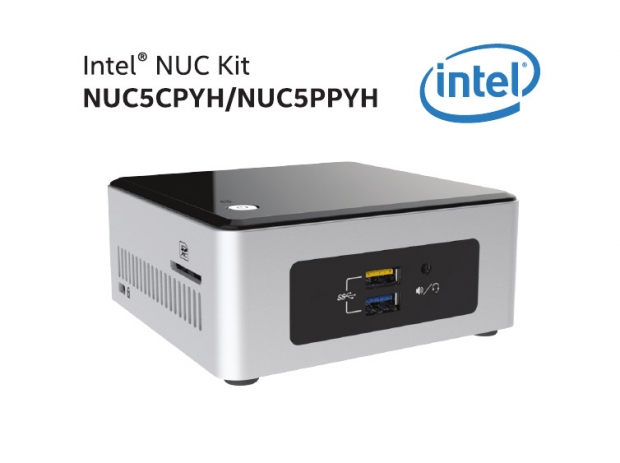 Intel has refreshed its NUC line with a few new models, based on 14nm silicon.

Yesterday, Fanless Tech stumbled upon a PDF outlining the update, which has gone all but official in the meantime.

The new Intel NUC5CPYH is based on a 1.6 GHz Intel Celeron N3050 dual-core chip, and the NUC5PPYH sports a 1.6 GHz Intel Pentium N3700 quad-core. Both processors are 6-watt 14nm Braswell parts.

Apart from the new silicon, Intel didn’t do much to change the NUC – it still features the same design and won’t win any beauty contests. The new NUCs are actively cooled.

The first e-tail listings have appeared as well, putting the Celeron-based version at $140, while the Pentium model is supposed to sell for about $180.

Rate this item
(4 votes)
Tagged under
More in this category: « Apple TV service delay SanDisk set to slash SSD prices »
back to top