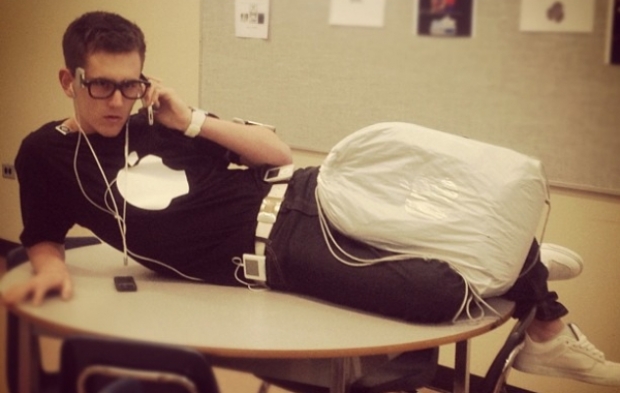 In other news an Apple fanboy actually had a real girlfiend

A Japanese woman, who dated an Apple fanboy on the basis that at least he could not get another woman, was shocked to discover that he was cheating on her.

The unnamed woman must have gone through hell to remain with the guy. She would have seen him waste cash on expensive toys he did not need, embarrass her by showing off his Apple toys to her friends, and argue with those who really knew about computers. But at least he would be loyal because he could never get another real woman.

However it turned out that he did have another who had all the qualities that an Apple fanboy admires in a woman --- she was breathing.

It is unclear how the fanboy's girlfriend found out he was cheating, maybe that wonderful Apple security leaked the fact to her. But what is known is that she managed to create the perfect revenge. She took all the fanboy's gadgets and gave them a good bath, photographed them and sent the snaps to him.

Tragically he still had an iPhone on him, so that he could see what she did. Hopefully someone will snatch it from him and smash it on her behalf. She also posted the picks on a social notworking site.

Comments on the site were generally favourable to the woman's actions. Many Apple fanboys supported her because they felt that it was unfair that one Apple fanboy could get two women when most can't get a real girlfriend. 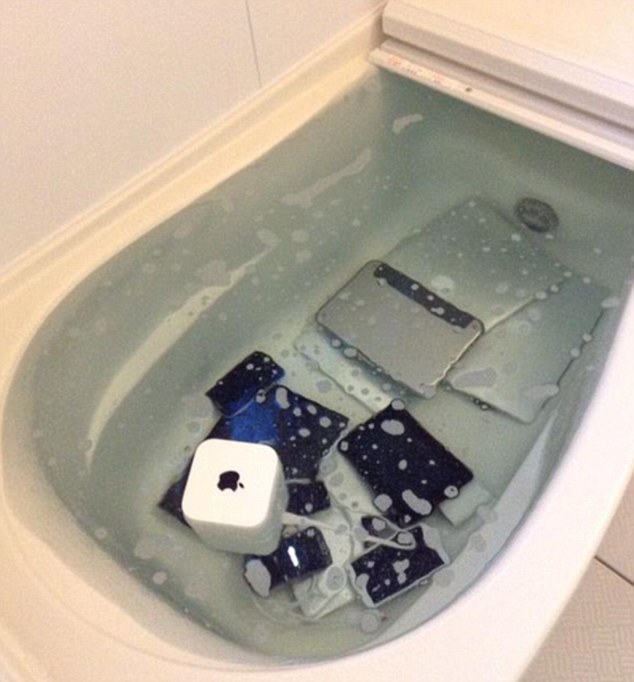 Saner people felt that hitting him in the part that matters most was better revenge than pouring acid on his face. After all he would have to sell a kidney to replace the destroyed iMac and most of his other body parts to get the rest.

However even saner people would question the logic of attempting to have any relationship with an Apple fanboy. Following the Apple cult is nature's way of marking those who need to step out of the gene pool.

Last modified on 23 April 2015
Rate this item
(32 votes)
Tagged under
More in this category: « What changed for Qualcomm in 2015? ASML will flog 15 EUV machines to mysterious "US customer" »
back to top