What changed for Qualcomm in 2015? 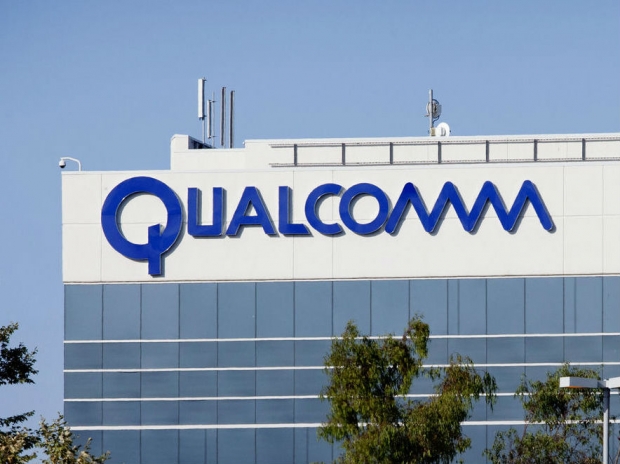 Qualcomm has been the undisputed heavyweight champion of the smartphone SoC market for years, but being the biggest player in any segment also tends to paint the biggest bullseye on your forehead.

I don’t intend to discuss financials in this piece, the company’s latest quarterly report speaks for itself, but the poor result is the result of a massive one-time payment related to a fine levied by Chinese authorities, not poor chip sales. However, as far as wider market trends go, even the biggest optimist would probably agree that Qualcomm is under more pressure than at any point in the past decade.

So what went wrong? Where is the bad press coming from, what’s causing the revenue slump? Who are the challengers and what are they going after?

Qualcomm can’t be happy about the way 2015 has panned out so far. Its new Snapdragon 810 flagship processor got a lot of bad press even before the first devices hit the market. It was rumoured that the 20nm chip suffered from overheating issues and that Qualcomm was struggling to address them.

Qualcomm dismissed the reports and the chip found its way into LG’s flagship Flex 2 curved phone. However, reviewers who got their hands on the first units pointed out that throttling severely affected performance in some scenarios. The HTC One M9 was the next big device to sport the new fire-breathing Snapdragon and all was well – for a while at least.

The tech press got a chance to see the M9 in action at MWC, and some reviewers experienced a number of performance issues. There are some caveats. This was a demo unit, so it was used and abused by a lot of people. It wasn't running the latest firmware, either. Keeping the screen on and running endless benchmarks inevitably leads to throttling, but we haven’t seen such overheating warnings on a wide range of mobile devices we tested over the years.

While the thermal issues may have be overblown, they generated a lot of more bad press for Qualcomm. Eventually the company did manage to score a number of big design wins with the 810, signing up names like HTC, ZTE, Xiaomi, Sony and others. However, the Snapdragon 810 did not offer a massive performance boost over its predecessors and that's the real issue.

Qualcomm also lost Samsung this year. One of its biggest customers decided to use an in-house SoC, built on a superior manufacturing process, with superior performance and efficiency, but an inferior modem.

International versions of Samsung flagship Galaxy S and Note series smartphones used to ship with Snapdragons in the past, with Exynos versions reserved for a few select markets. This is no longer the case.

Following the S6 launch, Samsung mobile boss Shin Jong-kyun told Korea Times that the company decided to reduce its reliance on Qualcomm and use in-house processors instead. However, he added that Samsung’s relationship with the US chipmaker remains “strong” and that Samsung uses Qualcomm chips when they are good – implying that the Snapdragon 810 simply wasn’t good enough.

"Samsung previously used more Qualcomm mobile processors. But we are flexible. If Qualcomm chips are good enough, then we will use them. Samsung always uses the best-quality components and materials to differentiate our products from those by rivals."

After years of dominating the market with the best high-end SoCs, Qualcomm could afford to drop the ball on one generation. The Snapdragon 810 will sell well, there is no doubt about that, but it won’t be viewed as the king of the hill. However, Qualcomm is facing more and more challengers in the high-end, so let’s take a look at where it stands now:

Samsung, LG and Huawei have a combined market share of about 35%, yet they are moving away from Qualcomm. MediaTek is aggressively pursuing LTE design wins with affordable 64-bit chips and it has already grabbed a sizable chunk of the Chinese market with older 32-bit parts.

LTE used to be a differentiator for Qualcomm, but once again – that’s just no longer the case. Everyone is doing it, although Qualcomm’s LTE solutions are still the best. Competing designs from Samsung, MediaTek and Intel are slowly getting there.

Staying out of tablets

Qualcomm’s smartphone dominance never translated into the tablet market, especially not in mid- and low-end segments. These were dominated by the likes of Rockchip and Allwinner, but MediaTek and Intel boosted their shipments last year as well. Nvidia’s Tegra is still around and it’s in the new Nexus 9 tablet.

Qualcomm was probably wise to stay away from the Android tablet space, as it became commoditised in a matter of years, while integrated LTE modems don’t mean much in this segment. However, in doing so, Qualcomm allowed other brands to generate a fair amount of revenue and reinvest it in R&D, marketing and more.

Intel is obviously the elephant in the room. Selling 46 million tablet SoCs last year came at a huge price for the US chipmaker, but now it has its foot in the door. Intel’s new x3 Atoms will also target smartphones, while x5 and x7 parts will go after Android and Windows tablets. The good news for Qualcomm is that only one Atom x3 SKU features LTE, but in this market segment that might not be too relevant.

As far as other market segments go – Qualcomm is continuing to see a lot of competition. Nvidia is aggressively pursuing automotive design wins, MediaTek scored a potentially very lucrative Android TV deal and is working to get its chips into more wearables, while AMD wants to carve out a niche in ARM server parts.

What’s next for Qualcomm?

Don’t get me wrong, I am not suggesting Qualcomm is in a lot of trouble, but it’s obvious the company does not enjoy the lead it once did – and now it’s facing more competition than ever.

Qualcomm disclosed some information on the next-gen Snapdragon 820 at MWC, and the chip looks very promising. Unlike the 810, the new SoC is expected to use custom CPU cores and transition to a new FinFET node, possibly Samsung’s 14nm node. By the looks of it, the 820 will be a competitive product, using the latest node, custom CPU cores, next generation in-house Adreno graphics and Qualcomm's best-in-class modem. I don't think anyone expects Qualcomm to drop the ball on the 820, and it has a good chance of having a successful flagship chip in time for the next product cycle.

However, as far as other market segments go, Qualcomm will have to endure even more competition from MediaTek, Intel and other chipmakers.

The trouble with 14nm and 16nm FinFET nodes is that they are simply not practical for these market segments, at least not yet. The per-unit cost to produce a FinFET SoC is 2x-2.5x higher than on the mature 28nm node. What’s more, most of these chips use designs optimised for planar processes rather than FinFET.

I know what you’re thinking – what about 20nm then?

Samsung’s and TSMC’s 20nm nodes have limited capacity and may become an option for cheaper chips sometime in the future, but not this year – it also depends on what Apple does and whether or not it keeps ordering a lot of 20nm parts after it transitions to FinFET on next generation products. Don't expect cheap devices with 20nm or FinFET processors anytime soon, not this year, and probably not for the better part of 2016.

Bottom line – Qualcomm will continue face a lot of competition in the high-end segment this year, but next year it might face more pressure in other market segments, courtesy of Intel and MediaTek, possibly even Huawei.