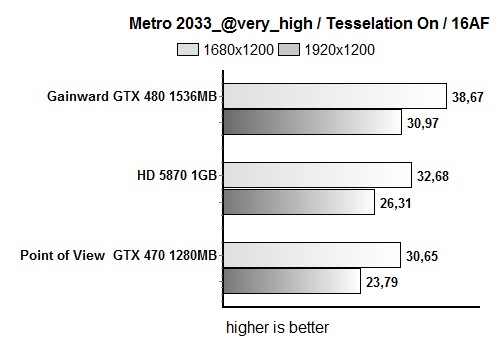 Nvidia made the GTX 480 with serious tessellation potential in mind, and the results confirm that. The level of tessellation can be regulated in Heaven engine and we see that the difference between the GTX 480 and HD 5870 rises after setting the tessellation level at Extreme. It’s well worth noting that GTX 480 manages a playable framerate at 1920x1200 with maximum tessellation. 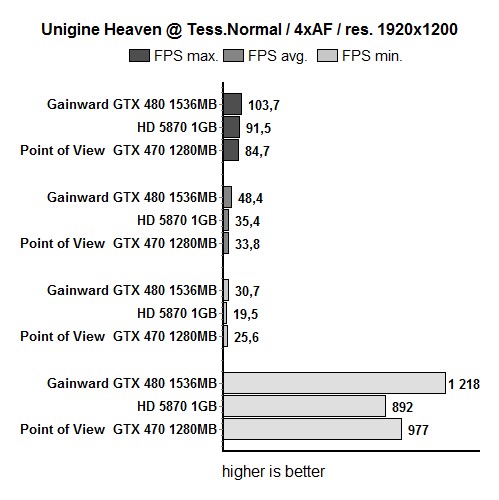 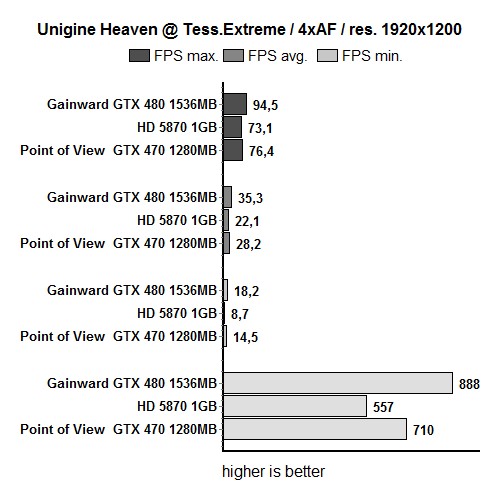