In FarCry 2, Nvidia’s high-end GTX 400 series comes out on top and it’s even more evident when 8x antialiasing is turned on. FarCry2 results prove that by redesigning ROP subsystems in the GT100 chip, the company managed to improve compression and rendering efficiency as well as rendering smaller primitives that can’t be compressed. Throughput was also much improved compared to GT200 architecture, which resulted in overall better antialiasing performance and significantly smaller drops in performance when switching from 4xAA to 8xAA. 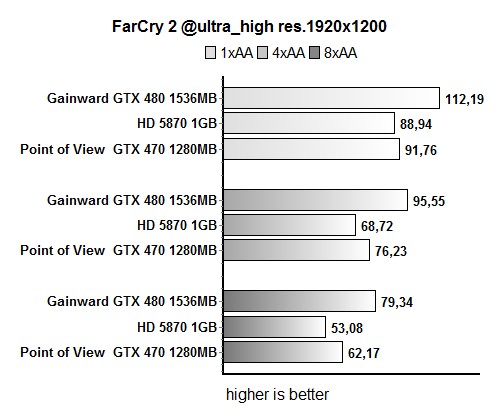 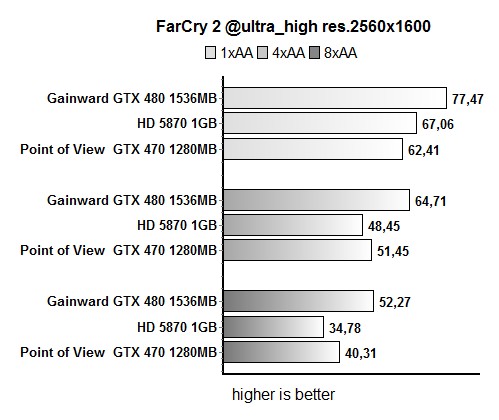