The cooler is capable of keeping temperatures in check, but it does get pretty loud when the GPU heats-up. Still, it’s quieter than the one on the GTX 480. At reference clocks, maximum GPU temperatures didn’t exceed 93°C and the fan spun at 3400 RPM. In idle mode, Point of View’s GTX 470 ran pretty quiet.

Overclocking always requires some kind of sacrifice – thermals, noise or both. In this case, we had to push the fan to maximum RPM, but the fan was unbearably loud. We didn’t meddle with voltages but managed to push the GPU from reference 607MHz to 700MHz. Truth be told, we expected more. We managed to hit 740MHz for the GPU, but the card didn’t run stable in all the tests. Overclocking the memory on GTX 400 cards is a bit tough, and we only managed to reach 880MHz (3520MHz, reference is 837MHz). Overclocking brought 13% better results in FarCry2. 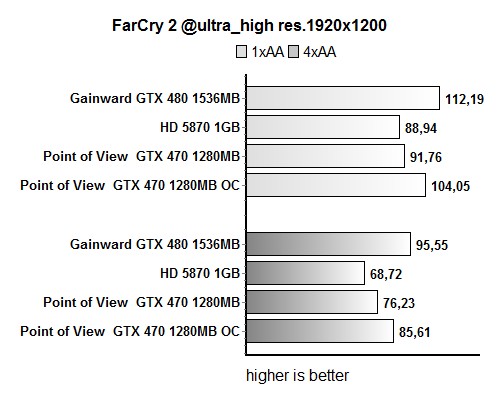 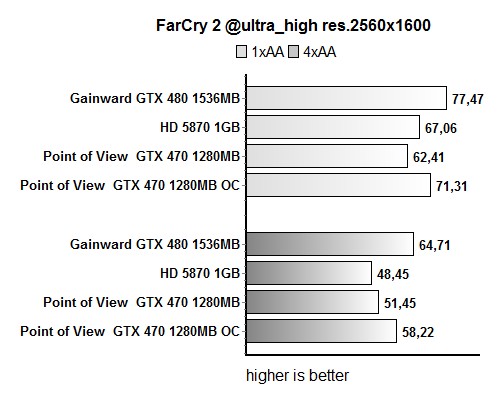 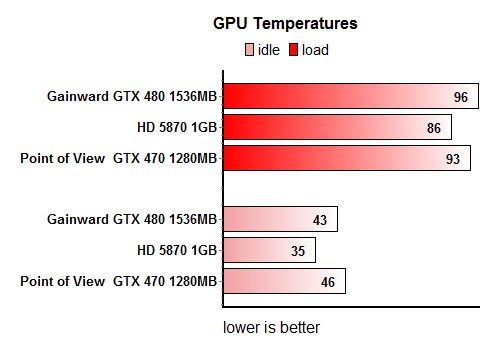 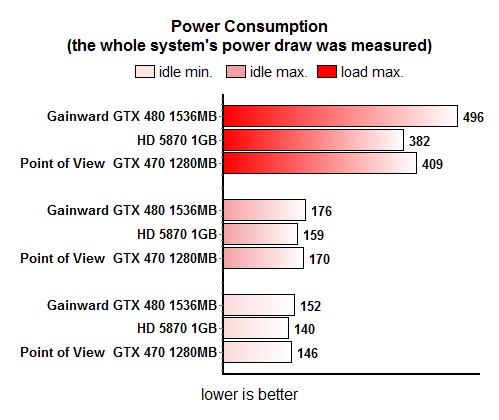