Overall the PowerColor PCS+ R9 270X is a very quiet card. The fans are inaudible in 2D mode, and quiet in 3D mode. Whether you’ll hear it or not depends on the rest of your configuration and the location of your PC. Most users will not notice the card fans because once the game is started and the GPU starts heating up, there are no abrupt fan speed changes. During game play, the fans don’t speed up much. We clocked them at 38 percent, or 1769RPM RPM.

The temperatures are rather low, so if you’re easily annoyed by any even a bit of fan noise, you can adjust the fan curve accordingly. Under load you can afford to slow down the fans and push the GPU temperature higher in order to keep the fans totally silent. 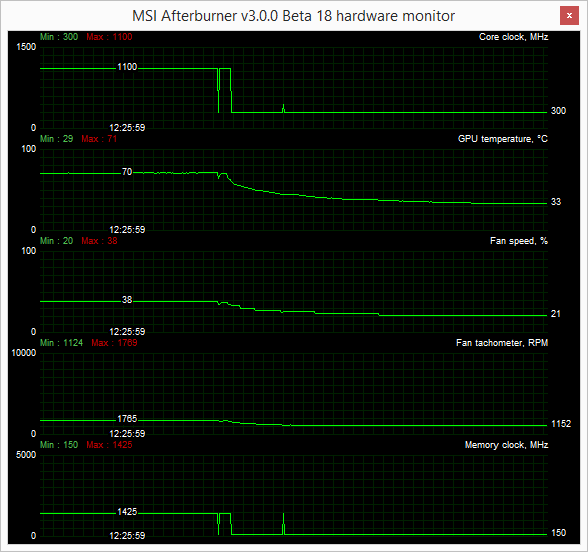 We also took a closer look at the Turbo Timer add-on. It is designed to improve longevity by cooling critical components after shutdown. PowerColor’s in-house tests indicate that a GPU heated to 80 degrees Celsius cools down to 63 degrees in a minute from shutdown. With TurboTimer it cools down to 56 degrees. It is not much of a difference but a few components should appreciate the effort. 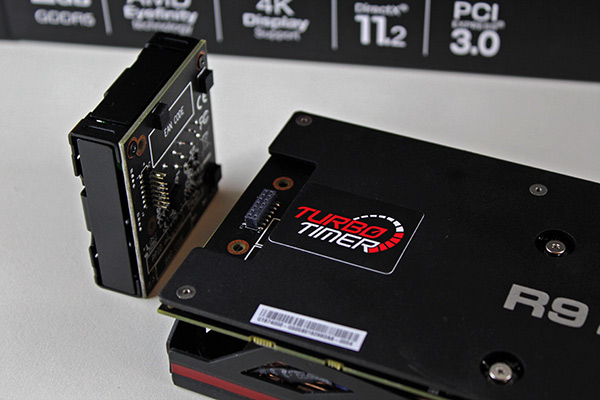