This is hardly surprising as we already knew that R9 270X cards don’t have the same overclocking potential as HD 7870 GHz Edition cards because they use slower Elpida memory. We used the default fan and voltage settings as defined in the VGA BIOS. However, a quick Battlefield 4 benchmark showed that overclocking yielded an additional 6-percent performance boost. 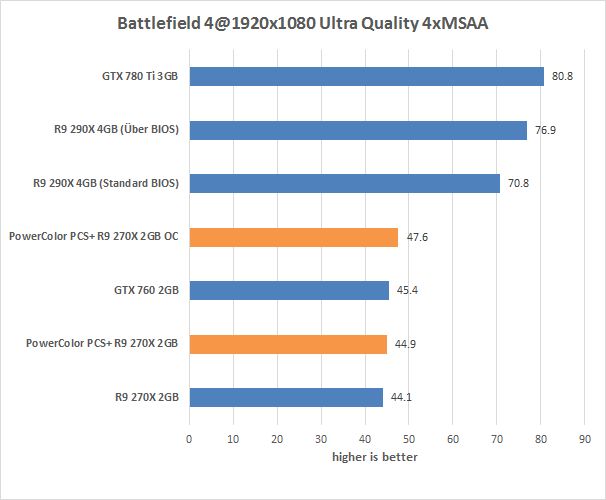 After overclocking we measured up to 74 degrees Celsius, and now finally we could hear the fans clearly, however they were not much of a distraction.