On the I/O panel you will find two mini-DisplayPort connectors, one standard HDMI connector and two DVI connectors (one dual-link DVI and one single-link DVI). Next generation 4K (4096x2160) and UHD (3840x2160) resolutions are supported. You can also use any combination of display connectors or use four outputs at the same time. One HDMI 1.4a compatible sound device is built in the GPU, which also includes HD audio and Blu-ray 3D movies support. 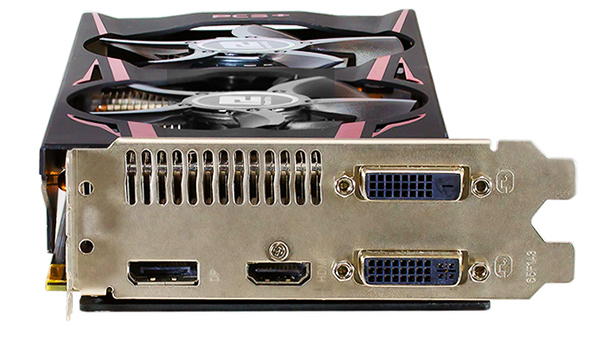 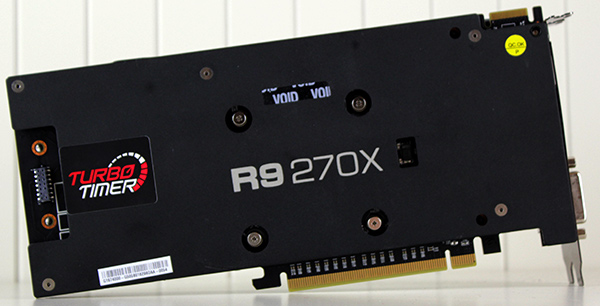 The card has a single Crossfire connector and you can combine it with another R9 270X card or with an old HD 7870 GHz Edition. The PCS+ dual fan design allows air to cool the heatsinks and all components, as well as the PCB itself. 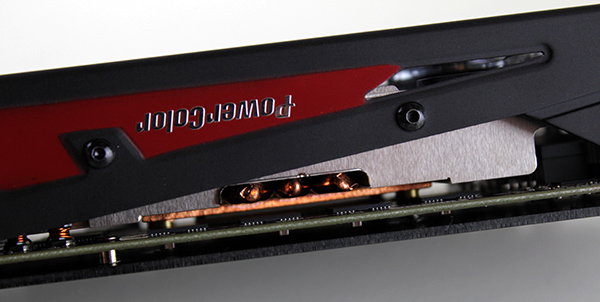 Both fans are connected to the same 4-pin connector on the PCB. Setting the RPM manually is a breeze using AMD’s Overdrive or other utilities like MSI Afterburner or PrecisionX. 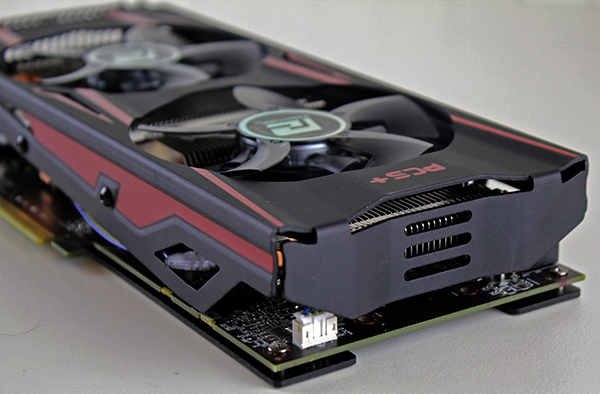 You can remove the metal shroud by undoing four screws as shown on the next image. Note how the fans are not connected to the shroud but to the heatsink itself. 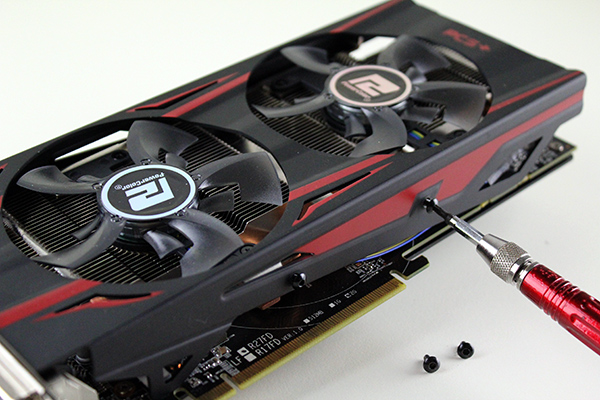 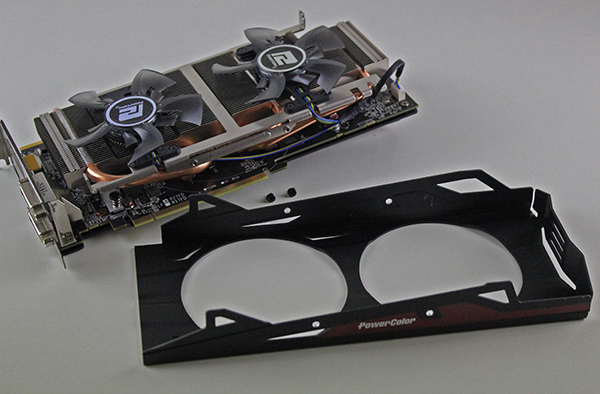 The heatsink is one-piece design and stretches across the entire card. Two 8mm and one 6mm copper heatpipes are employed. All heatpipes are flattened over the GPU, however they are not in direct contact with the GPU. PowerColor uses a big copper base to suck up as much heat as possible. The design is very effective, as our tests will prove. 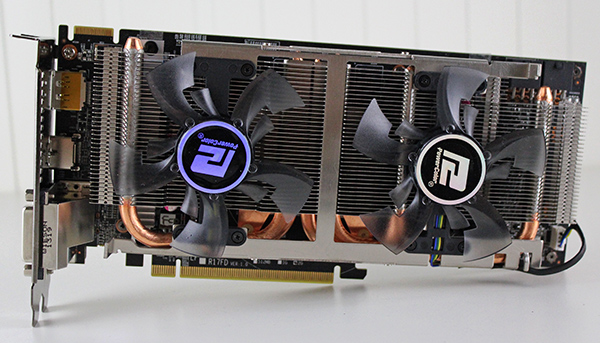 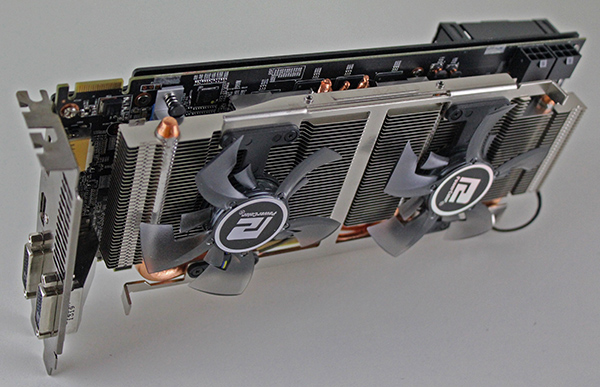 There is also separate heatspreader for the VRM.

The memory chips are cooled only by air. There are eight GDDR5 memory chips for a total of 2GB of memory and they are all installed on the top side of the PCB. PowerColor is using Elpida memory chips, model number W2032BBBG-6A-F. They are specified to run at 1500 MHz (6000 MHz GDDR5 effective). 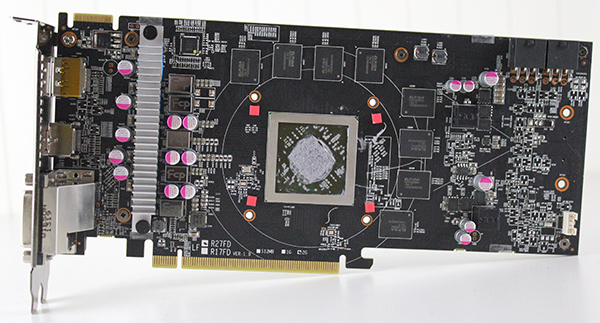 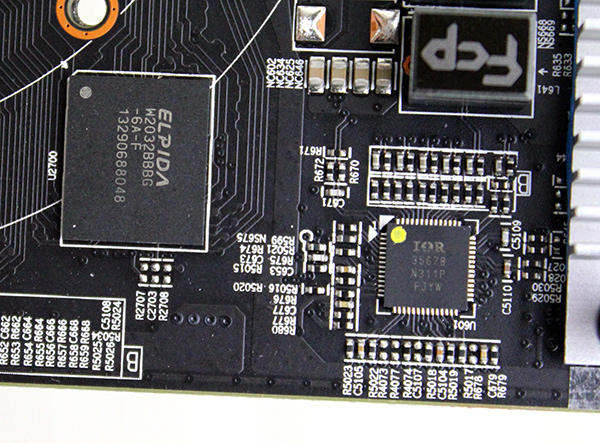 The PCS+ R9 270X uses an International Rectifier IR3567B voltage controller. It is a rather popular choice on recent cards and it offers software voltage control and monitoring via I2C. 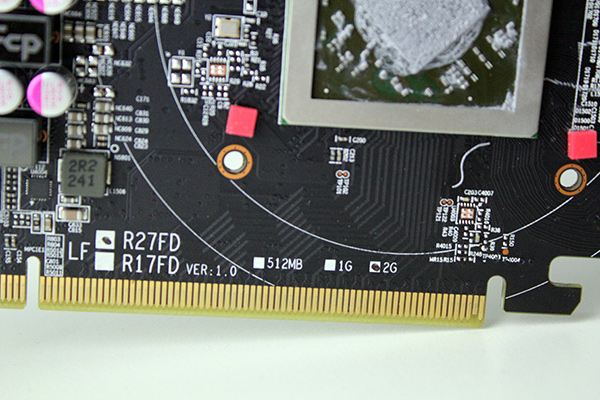