The GTX 750 Ti is finally here and it is the first Nvidia graphics card based on Maxwell, the new power efficiency oriented generation graphics architecture. Today we will be taking a quick look at the EVGA GTX 750 Ti FTW ACX. The Geforce GTX 750 Ti will sell for $149 and will compete with the Radeon HD R7 265. The EVGA card comes with a factory overclock and a custom cooler and these extras will cost you a 20$ premium. For the Eurorozne the MSRP for the 750 Ti FTW card is €159.99.

We got the card packed in a nice small package, that tells us this card features Nvidia G-Sync technology and comes with 2GB GDDR5 memory. EVGA's global warranty is three years on all graphics cards which have the -KR suffix in their product code. The product code for the 750 Ti FTW ACX is P/N 02G-P4-3767-KR. 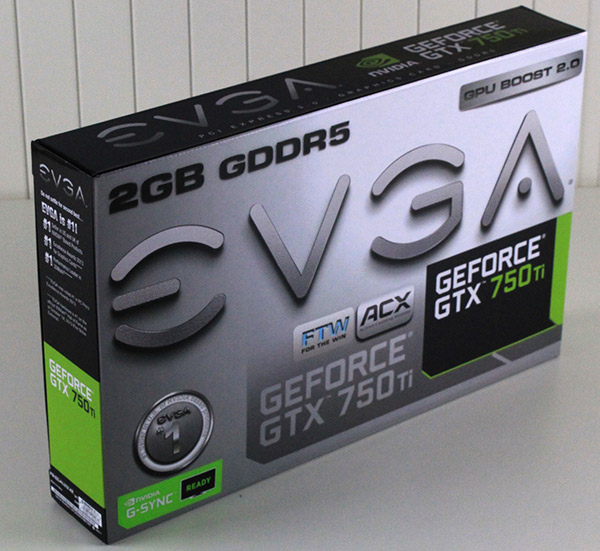 EVGA’s GTX 750 Ti FTW ACX is a nice example of how a custom design can do a lot for a graphics card and make it more attractive. In addition to good looks, the GTX 750 Ti FTW ACX performs noticeably better compared to the cards based on the reference design, thanks to a high factory overclock. The reference card comes with a base clock of 1020MHz (1085MHz Boost) and the FTW card comes with the Base clock 1189MHz (1268MHz Boost). The reference memory bandwidth is 86.4 GB/s, and it is the same on the EVGA card because memory is not overclocked and it works at 5400MHz GDDR5. The EVGA GTX 750 Ti FTW ACX is just one of many cards with a non-reference cooler and there are other factory overclocked models from other vendors as well, however the FTW is among highest clocked cards. 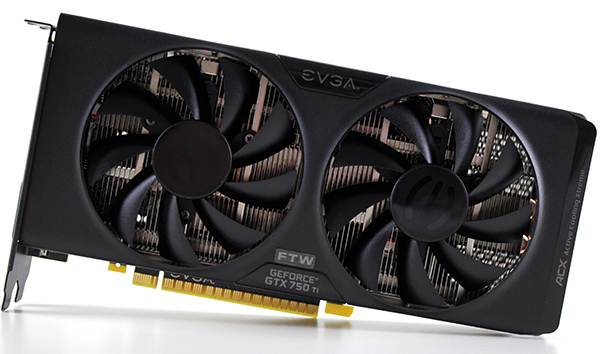 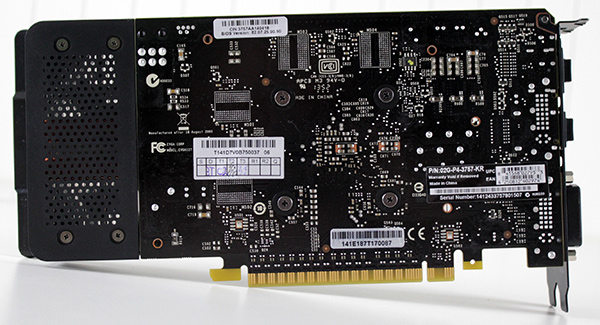 The DVI port on the card supports both DVI-I and DVI-D. You can also conect a VGA monitor using a DVI to VGA dongle which is included in the box. 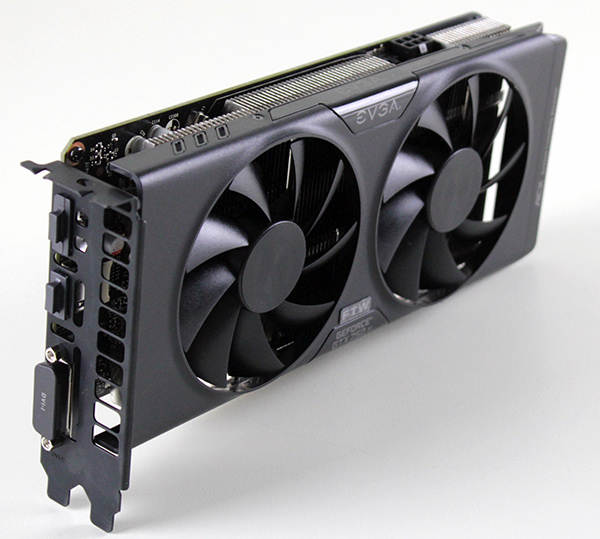 In the box you'll find: 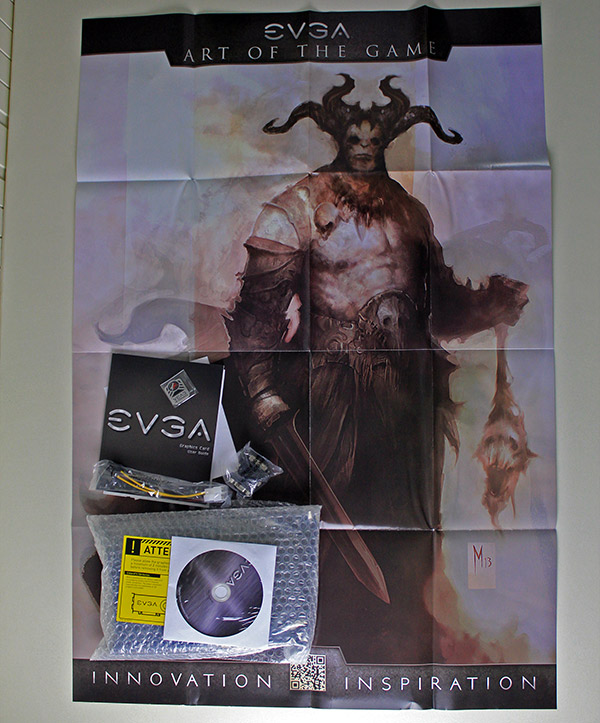 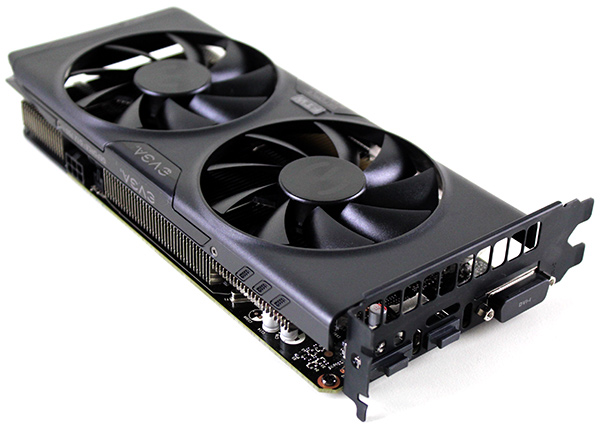 The GTX 750 Ti is said to have a 60W TDP and the GTX 750 to have 55W TDP. The card does not use the full potential delivered by the PCIe slot. However EVGA decided for the Geforce 750 Ti FTW to allow up to 25W additional power (or 30% increase in power delivery) for improved overclocking thanks to added 6-pin power connector. 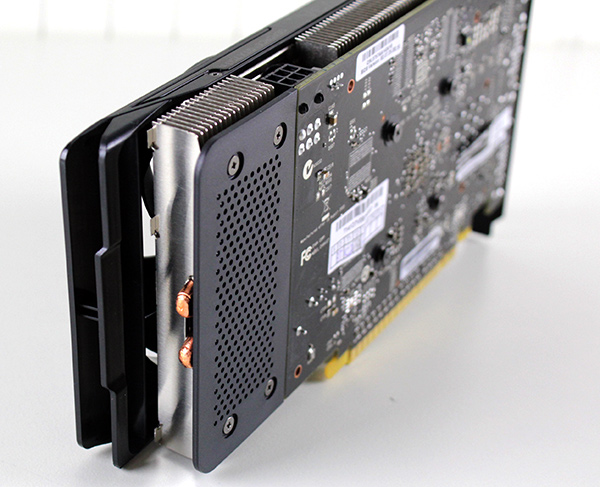 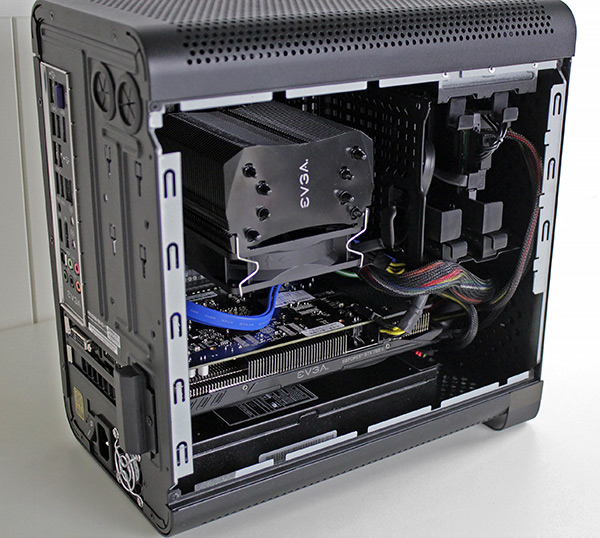 As you can see from the initial results, playing Bsttlefield 4 at Ultra settings is possible with the EVGA GTX 750 Ti FTW ACX. For a relatively modest price of about €160 this card offers great gaming potential. Temperatures are really good and the ACX cooler can keep the GPU temperature under 50 degrees Celsius at all times, which is very impressive. 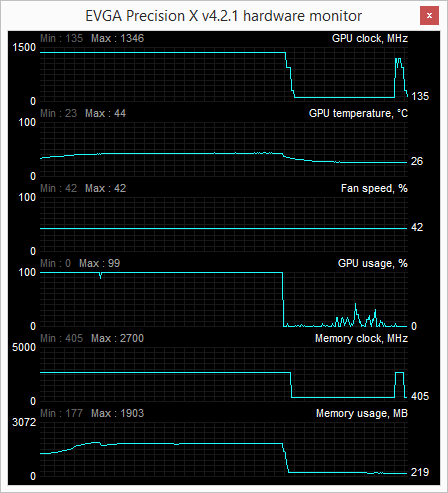 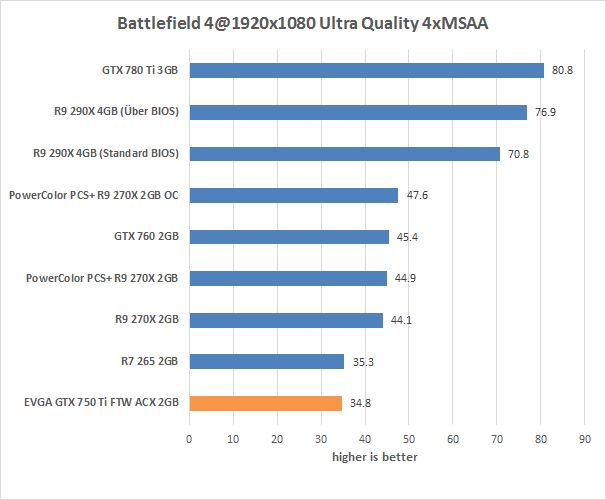 Sadly, we did not have enough time for a full review, but we'll try to sort everything out over the next couple of days. At first glance, Maxwell looks rather promising, it's relatively frugal and the thermals are very impressive indeed.