Cooling is a challenge in small and slim PCs and as you already had a chance to see, the size of the heatsink and fan is limited by the size of the chassis. Unfortunately the fan is often forced to run at high speeds. The system is barely audible in idle mode, but under load the fan quickly picks up speed and generates plenty of noise. It gets almost as loud as an Acer Aspire 15-incher with fans at full speed.

We like the thin design, but it comes at a price and we would gladly trade it for a slightly bulkier chassis if it helped keep noise down. It’s possible to adjust the fan speed in bios, but due to high temperatures, we would advise against it, for the sake of longevity and stability. At default settings the CPU temperature is 53°C in idle, but under load it can hit as much as 75°C, while the graphics part goes up to 83°C. Relatively high, but still on the safe side of things. We believe the noise to heat ratio should have been better. 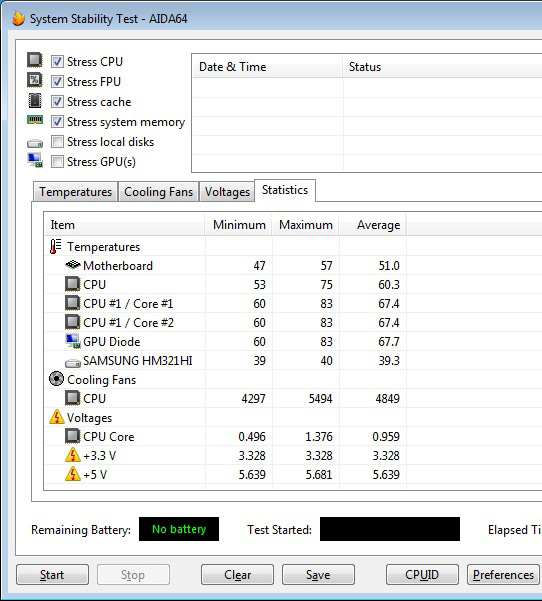 Power consumption is pretty low as according to our measurements the HD3 draws 14W in idle and up to 32W under full load. This is very similar to what we experienced with Zotac’s AD11 Plus. All in all the results are very impressive.