TGT is best known for its factory overclocked graphics cards, but now it is trying to expand to new markets. A portable battery charger seems like something mobile enthusiasts, or road warriors, might need. TGT’s Midas Force PowerPack 12000 should be one of the best mobile chargers on the market, at least judging by the spec sheet.

The whole point of buying a portable battery charger is to have quick access to a source of power and charge mobile devices at any place and time; it can’t be more straightforward than that. Thanks to its impressive battery capacity, the PowerPack 12000 can charge broad range of devices including all kinds of tablets, phones and portable game consoles. Depending on the device type and frequency of use following additional uptimes are possible:

The PowerPack 12000 looks quite well and it feels good to the touch. We talk more about the design and build quality on the next page. 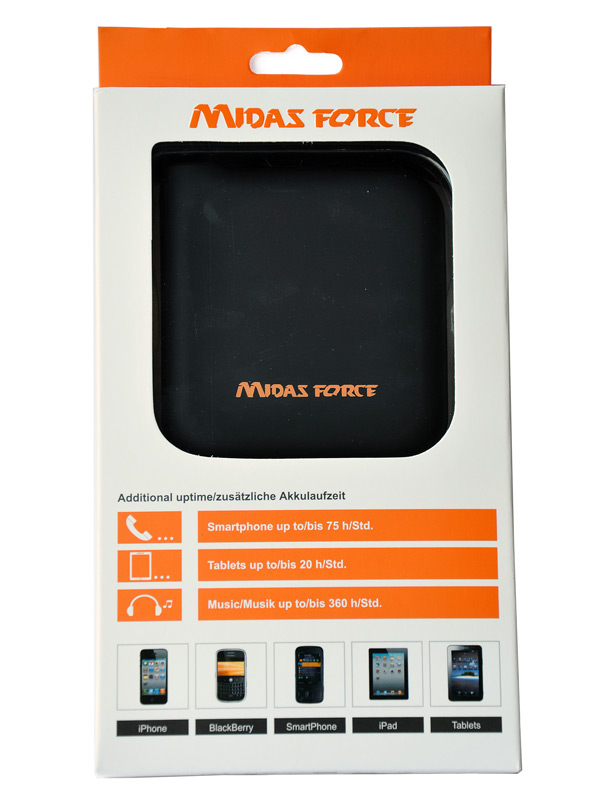 Prev Next »
Last modified on 01 February 2013
Rate this item
(0 votes)
Tagged under
More in this category: « Sapphire’s tiny Edge HD3 put to the test 3DMark Fire Strike benchmark reviewed »
back to top