Sapphire has been trying to make a name for itself in the nettop and ITX board market for the last couple of years and its efforts have not gone unnoticed. The company is best known for its incredibly thin Edge HD series nettops based on Intel Atom and, as of 2012, AMD E-series chips.

Before the Edge HD3 series was launched, Sapphire only offered Atom based nettops with Nvidia ION graphics. However, since Sapphire is best known as an AMD partner, the decision to use an AMD platform came as no surprise.

The Sapphire Edge HD3 is powered by AMD’s E-450 APU, a cheap and cheerful APU which combines a decent graphics engine with two CPU cores in one small package. Like previous Edge HD systems, it features an external power supply, a brick similar to those found in the notebook world. It is also worth noting that the Edge HD3 is available as a complete system or as a barebone, in which case it bears simply the barebone moniker and ships without a hard drive and memory. In either case the Edge HD3 looks the same and deserves to be called a mini-PC, as it measures just 19.3 x 14.8 x 2.2 cm (L / W / H). 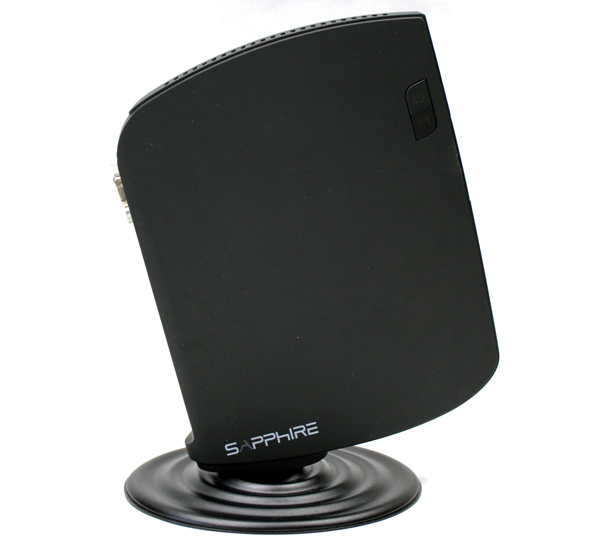 It is also worth noting that Sapphire recently launched the new Edge VS series, with a slightly thicker design and new AMD Trinity APUs. The price difference between the company’s HD and VS series nettops is rather small, but we will come to that in our verdict.