It can be said that the thermals are good. As long as the card runs at its factory clock of 1111MHz, GPU temperature won’t go over 72°C. Although we’ve seen some better performing GTX 680 coolers so far, we can’t take away from the fact that the Classified ran quietly both when gaming and idling. However, overclocking required us to increase the fan RPM. 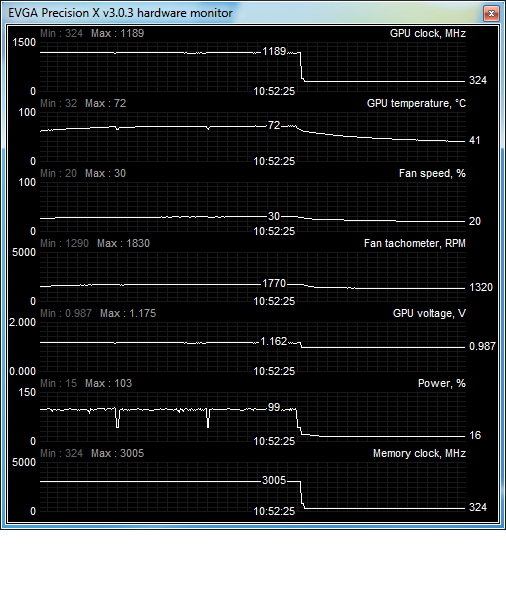 The fan is limited to about 3240 RPM / 55%. The fan won’t go past this limit, which is most likely down to EVGA’s effort to keep noise down. Indeed, the fans got loud at these RPMs. We measured 63°C after our voltage-free overclock to 1161MHz (max. Boost 1239MHz) and the fan was running at its max. 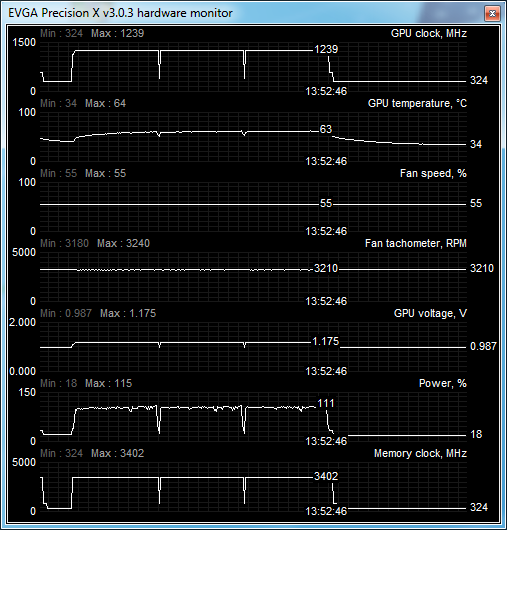 After extreme overclocking over 1350MHz (boost clock), it was time for thermal throttling. We hit 80°C in no time, simply by playing more demanding games.

Although the GTX 680 Classified has 4GB of memory and is factory overclocked, it consumes only about 10W more in average than the reference version. Overclocking and overvolting aren’t helpful in this respect either, and the maximum consumption we measured on the Classified was occasionally 50W higher than on the reference design.