Preview: Have cool, will sell 'em

Hot on the heels of EVGA GTX 680 Classified 4GB review, we now got a chance to take Point of View /TGT’s GTX 680 Charged 4GB card out for a spin. As far as specs go, the cards are identical, but it’s quite clear that both companies are gunning for different segments.

The difference can be seen straight away – the PCB and cooling are definitely not from the same source. The GTX 680 Classified comes with dual-slot cooling, which allows for a Quad SLI setup, although its cooling is noticeably weaker than the  Ultra Charged’s triple-slot cooling. On the other hand, the Classified boasts 14+3 VRM design, whereas the Charged has a 5+2 VRM design. Note however that EVGA aimed its card at overclockers, who will use LN2 and  eVBot overvolting devices.The Ultra Charged was made for enthusiasts who crave maximum silence and performance straight out of the box. It’s worth noting that PoV/TGT has an even faster GTX 680 – the Beast, but it comes with 2GB of memory.

So, the GTX 680 Charged’s base GPU clock stands at 1111MHz (Boost clock at 1176MHz) while the memory is at 1502MHz (6008MHz effectively). The cooler is three slots wide, but its three fans do a great job and still keep the card quiet. 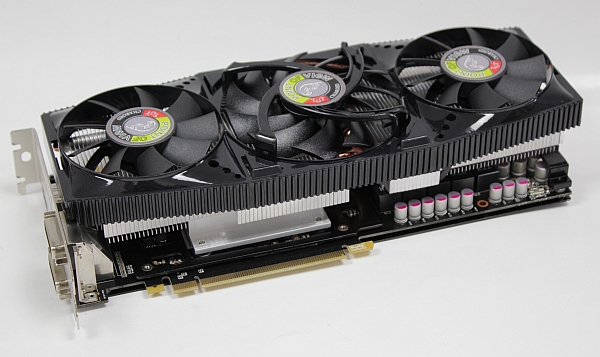 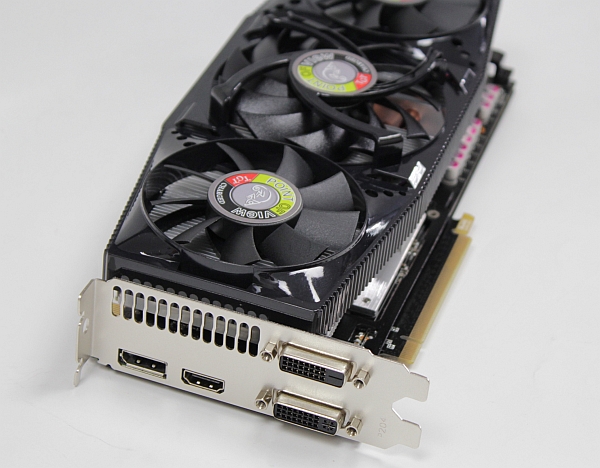 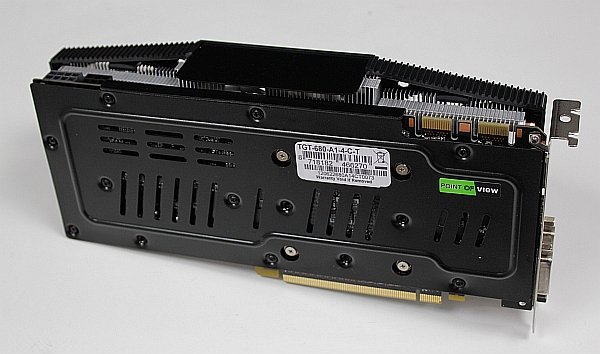 The preliminary tests we ran positioned the PoV/TGT GTX 680 Charged 4GB above the Classified 4GB. We’ll thoroughly examine just why is that so in the full review. It may be due to more uniform maximum boost clocks or simply striking lucky with the GPU. Still, if we’re to pick right now, we’d say it’s the GPU thermals, which are 7°C lower than on EVGA’s GTX 680 Classified.

The GTX 680 Charged 4GB currently goes for about €550, here, which is some €100 cheaper than the Classified goes for. 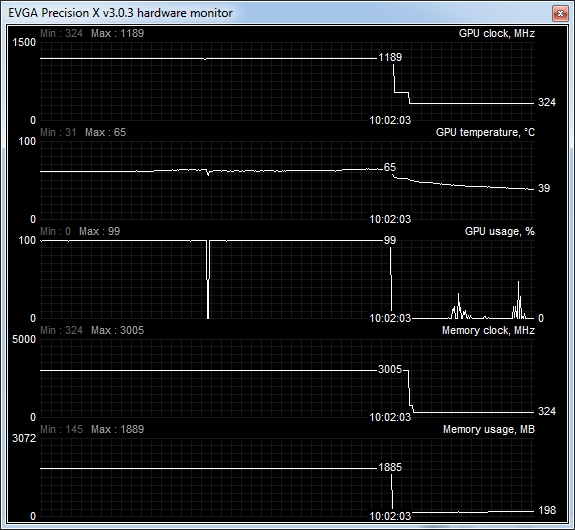 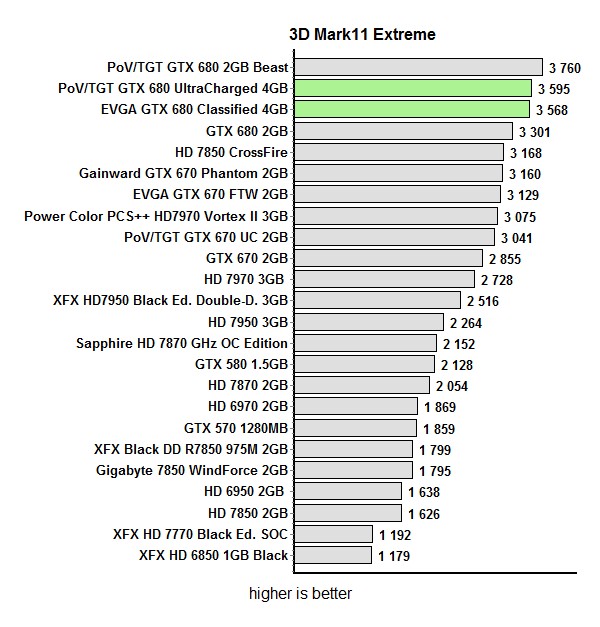 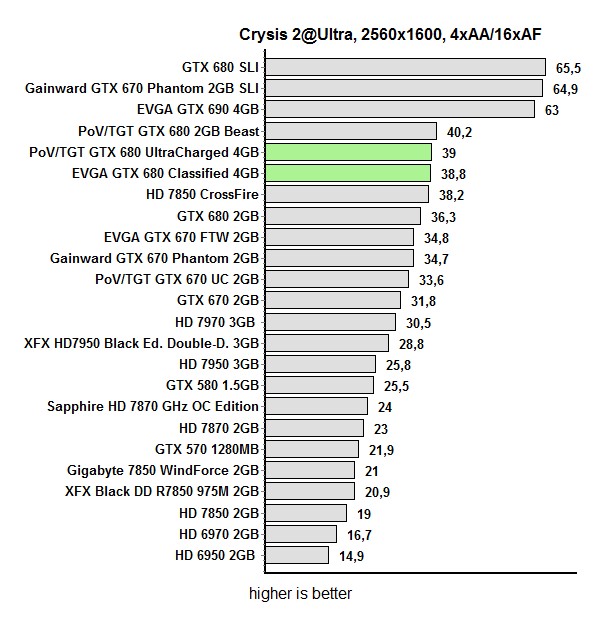