GTX 570 Beast 2.5GB graphics cards come with Zalman cooling, which should cater to enthusiasts due to quiet operation and good performance. The only downside is that the cooler takes up 2.5 slots. The cooling has two 75mm fans on it. 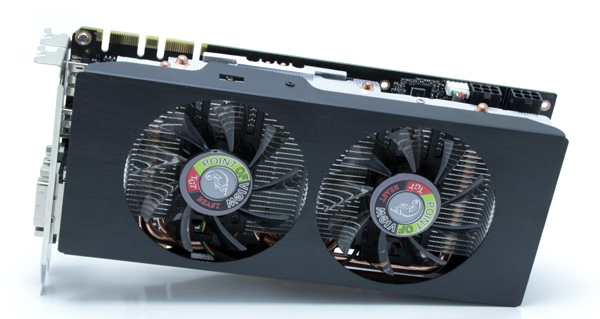 The picture below shows Nvidia’s reference Geforce GTX 570 cooling. The Geforce GTX 570 you see here is the one that launched first and actually uses PCBs designed for Geforce GTX 580 cards. Nvidia remedied that in the meantime and designed a new PCB which is the reason why you can find different Geforce GTX 570 cards. Our today’s GTX 570 Beast 2.5GB also uses the new PCB, which is shorter and has a few extra components. The PCB is still 12-layer design rather than the cost-down version that many Nvidia partners go for, but we’ve come to expect only the best from TGT. 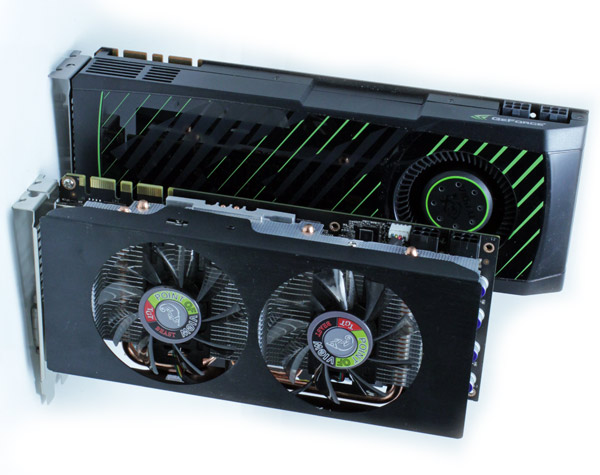 Four copper heatpipes are used to transfer heat from the GPU to the large heatsink. 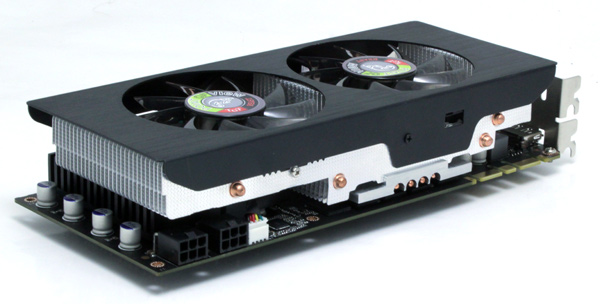 The hood is made of brushed aluminum which both helps with dissipation and makes it look cooler. 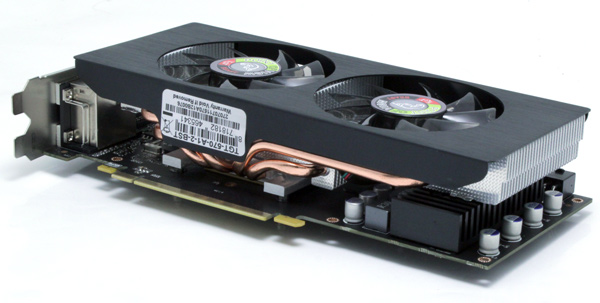 PoV/TGT uses direct-touch technology, as you can see on the pictures below. Textured aluminum fins improve dissipation while power components were strapped with a separate heatsink. 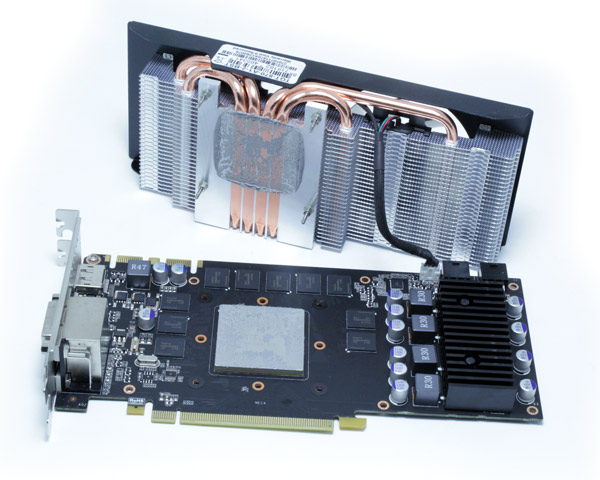 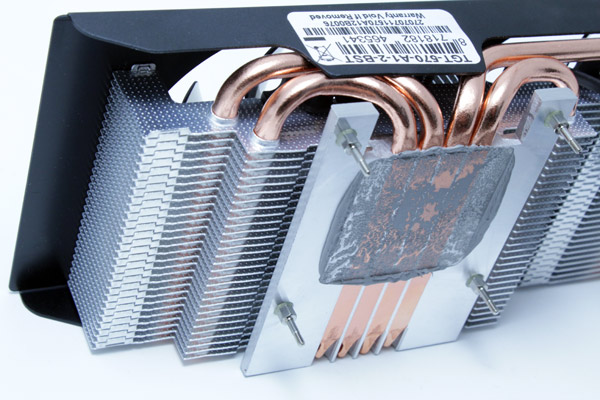 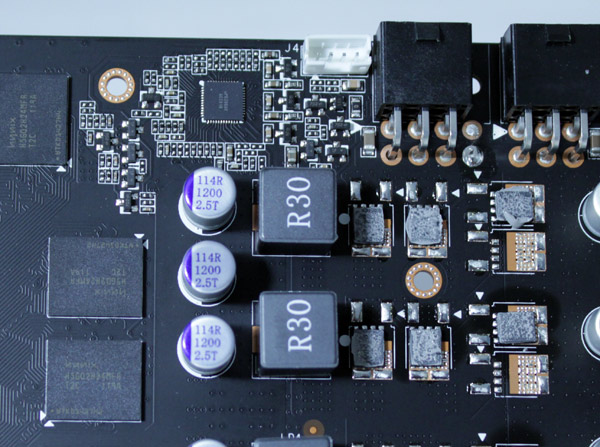 Reference Geforce GTX 570 cooling expels most of hot air outside the case, whereas the GTX 570 Beast 2.5GB leaves most of it in the case. This is the reason why you should make sure that in-case cooling is adequate, although enthusiasts and gamers who are most likely to buy this card are probably covered in that department in the first place. 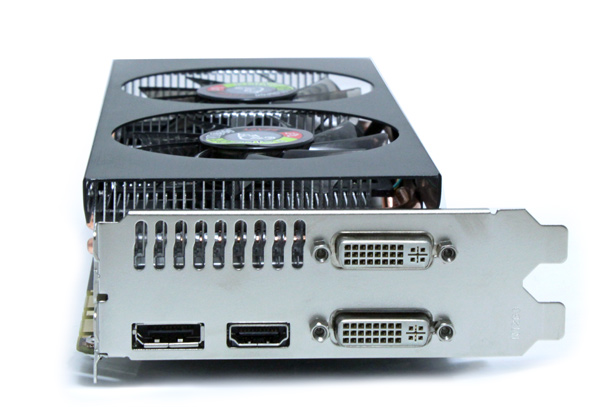 Despite the higher number of video outs, Nvidia’s design allows for only two displays at the same time. This means that using three displays will require a second card.

We already said that the cooler takes up 2.5 slots, but users should be careful with the screws protruding at the other side of the card. The entire cooler is held in place with four screws, which why the mechanism had to made as robust as possible. The cooler is not heavier than 400g though, so it should not be a big issue. 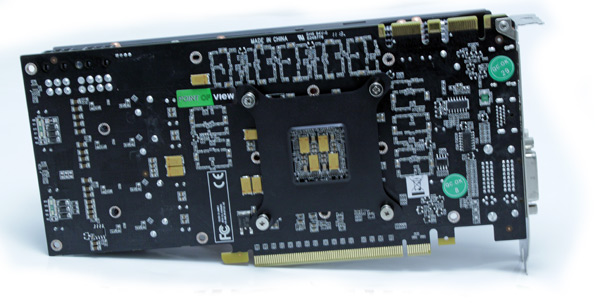