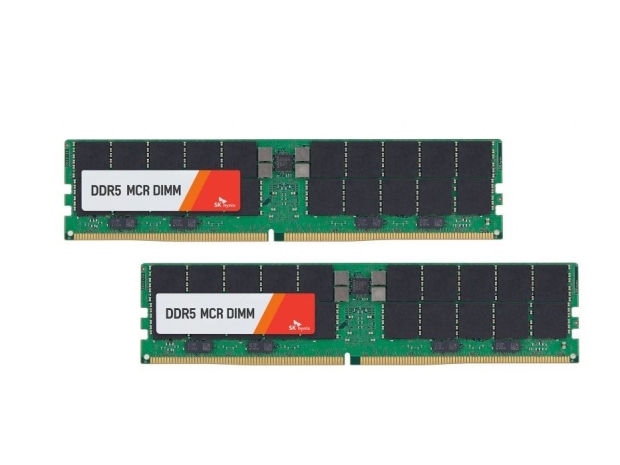 SK hynix claims to be building the world's fastest server DDR5 memory modules which will be capable of 8Gbps or roughly 8000MT/s.

So, the chips don't run at faster speeds, but the MCR helps the entire module run twice as fast, shifting 128B of data instead of 64 -- doubling the memory bandwidth and moving more data.

SK hynix has been developing high-capacity memory including some 48GB and 96GB RDIMM modules late last year but it has been outclassed so far by Samsung which claims to have capacities of 512GB and, 768GB, modules for servers, and high-performance computing (HPC) workloads.

Nonetheless, Hynix can still pat itself on the back for being the first to the market with DDR5.