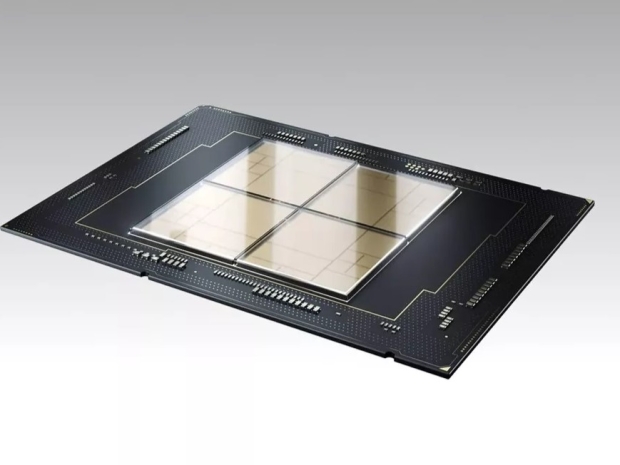 Chipzilla has announced that its Intel Sapphire Rapids chips are now officially set to be coming to workstations in 2023.

For those not in the know, "Sapphire Rapids" is the code name for Intel's 4th Generation Intel Xeon Scalable processors. Chipzilla said that the move will give workstation users greater processing speeds than ever before.

It claims "it used to take a whole room full of computers to do what this [chip] is doing on its own would bring to an end 30-minute rendering coffee breaks.

Intel did not say much about what the workstation specs Unofficially, they could be overclockable CPUs with up to 56 cores, eight memory channels, and 112 PCIe lanes, according to data from hardware leaker Enthusiastic Citizen.

Sapphire Rapids has seen significant delays already and the fact that Intel has not given us a time is a bit of a worry. The new product's line-up had originally been set for late 2021.

Intel said that Sapphire Rapids will soon be used to power supercomputers, including the Argonne National Laboratory’s Aurora.

The machine is set to be powered by the Xeon Max CPU, an x86-based processor, which is Intel’s highest-density processor and reportedly packs in over 100 billion transistors into a 47-tile package with up to 128 gigabytes (GB) of high-bandwidth memory.

Here is the aforementioned promotional video.

Coming Soon: You’re going to have to schedule your coffee breaks, because Intel’s new workstation processors mean less time waiting. Your workstation will work as fast as you do. pic.twitter.com/9oFBL3TLBZ