Disk drives to hit 30TB by end of next year 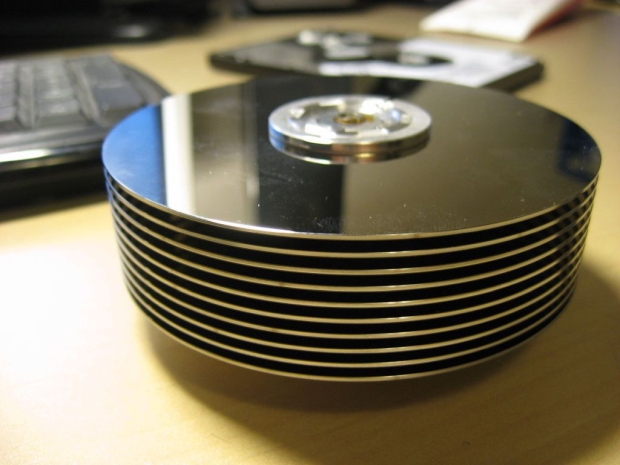 Platter maker thinks it can hit its target

The company which makes HD platters said that it expects to "realise near-line HDD having storage capacity of more than 30TB" by the end of 2023.

Not many people know that the world’s hard drive platters are made by a Japanese company called Showa Denko.

It said that it will provide platters with a storage capacity of more than 30TB, sometime in 2023, to partners such as Toshiba, Seagate, and Western Digital, who will then produce the hard disk drives, targeting hyperscalers and data centres operators.

26TB HDDs have been announced in the first half of 2022, there's a remote chance that we could see 30TB drives before the end of the year or (as the saying goes), depending on market conditions. They will probably be headed to NAS and 3.5-inch external hard drives, but that won't be the main target markets, as performance is likely to be optimised for nearline usage.

Showa Denko has now started shipment of the platters that will go into the new 26TB Ultrastar DC HC670 UltraSMR hard disk drives announced by Western Digital only a few days ago. A 2.6TB platter -- which uses energy-assisted magnetic recording and shingled magnetic recording -- also marks an important milestone as it hits the symbolic 1TB/in^2 density. Toshiba recently suggested 30TB drives (rather than higher capacities) would not come until 2024.

A 30TB model would comprise of 11 platters with 2.73TB capacities each, a slight improvement on the 2.6TB capacity that are on the way.

Rate this item
(1 Vote)
Tagged under
More in this category: « Nvidia warns of trouble ahead Phison shows its PCIe Gen5 SSD controller in action »
back to top