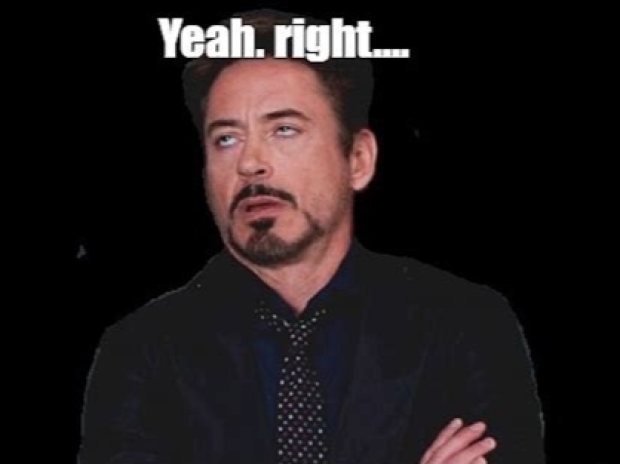 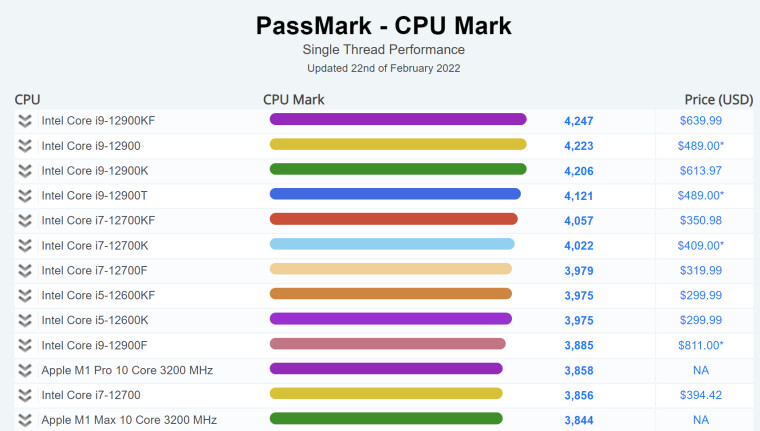 PassMark is a popular benchmarking suite that measures the various aspects of a processor's performance as well as other PC parts too. The top PassMark single-thread performers are given in the image below.

The Tame Apple Press which is so desperate to advertise their favourite company have mentioned that number 13 in the league was Apple M1 Pro 10 Core and M1 Max 10 Core processors.

Even without the element of overhyping Apple, the results are rather strange as Ryzen chips are not even in the Top 25 since they are mostly all taken by Intel Alder Lake SKUs.

Last modified on 23 February 2022
Rate this item
(2 votes)
Tagged under
More in this category: « Nvidia spends $10 billion to secure 5nm supply Intel p-p-picks up a penguin »
back to top