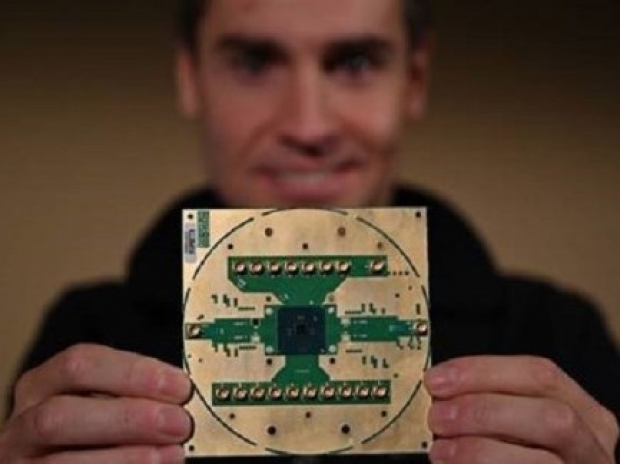 ‘Horse Ridge’ out the gate

Jim Clarke, director of quantum hardware, Intel Labs, said the quantum research community is at mile one of a marathon toward demonstrating quantum practicality.

He said that applying quantum computing to practical problems hinges on the ability to scale to, and control, thousands of qubits at the same time with high levels of fidelity. Horse Ridge greatly simplifies today’s complex control electronics required to operate such a quantum system by using a highly integrated SoC for faster set-up time, improved qubit performance and efficient scaling to larger qubit counts required for quantum computing to solve practical, real-world applications.

The integrated SoC design uses Intel’s 22nm FFL (FinFET Low Power) CMOS technology, integrates four radiofrequency (RF) channels into a single device. Each channel is able to control up to 32 qubits leveraging “frequency multiplexing” – a technique that divides the total bandwidth available into a series of non-overlapping frequency bands, each of which is used to carry a separate signal.

Using these four channels, Horse Ridge can potentially control up to 128 qubits with a single device, substantially reducing the number of cables and rack instrumentations previously required.

Clarke said that increases in qubit count trigger other issues that challenge the capacity and operation of the quantum system. One such potential impact is a decline in qubit fidelity and performance. In developing Horse Ridge, Intel optimized the multiplexing technology that enables the system to scale and reduce errors from “phase shift” – a phenomenon that can occur when controlling many qubits at different frequencies, resulting in crosstalk among qubits.

The various frequencies leveraged with Horse Ridge can be “tuned” with high levels of precision, enabling the quantum system to adapt and automatically correct for phase shift when controlling multiple qubits with the same RF line, improving qubit gate fidelity.

Horse Ridge can cover a wide frequency range, enabling control of both superconducting qubits (known as transmons) and spin qubits. Transmons typically operate around 6 to7GHz, while spin qubits operate around 13 to 20GHzm, he said.

Intel is exploring silicon spin qubits, which have the potential to operate at temperatures as high as 1 kelvin. This research paves the way for integrating silicon spin qubit devices and the cryogenic controls of Horse Ridge to create a solution that delivers the qubits and controls in one streamlined package.

Still, it will be some time before quantum cats are playing Quake on it.