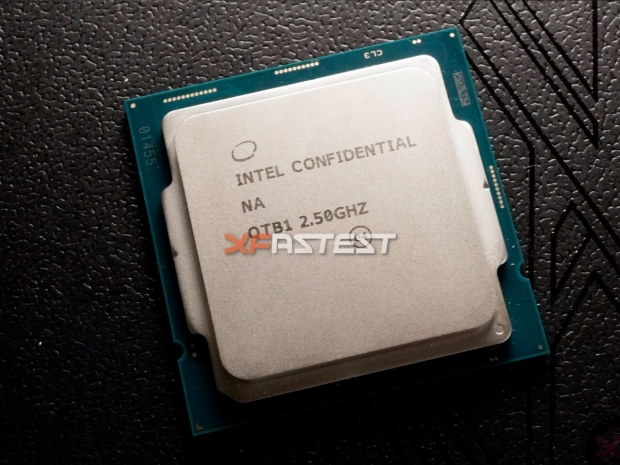 According to Tom's Hardware, a Chinese e-tailer site briefly carried a listing of the upcoming Intel 10th gen Comet Lake-S desktop CPUs qualifying samples (QS) for sale indicating that we may not have to wait much longer before retail units become available. Another managed to get its paws on a Core i9-10900.

Comet Lake-H and Comet Lake-S series are expected as early as March 2020 to possibly counter AMD's advances in desktop and mobile.

The 10th gen Comet Lake-S chips were noticed on a Chinese e-tailer site named Taobao. The sample specification (sSpec) number on these chips indicates that these are actually qualifying samples (QS) that are seeded to OEMs and ISVs.

Owning the actual chip might be a bit pointless. The Comet Lake-S needs a new motherboards with an LGA 1200 socket and a 400-series chipset such as the Z490 or the B460 and these have not been seen yet.

Chinese news site XFastest appeared to be playing with a Core i9-10900 chip. It is not known whether they purchased it from Taobao or Intel sent them a sample. The Core i9-10900 has 2.5 GHz base clock while the world was expecting 2.9 GHz.