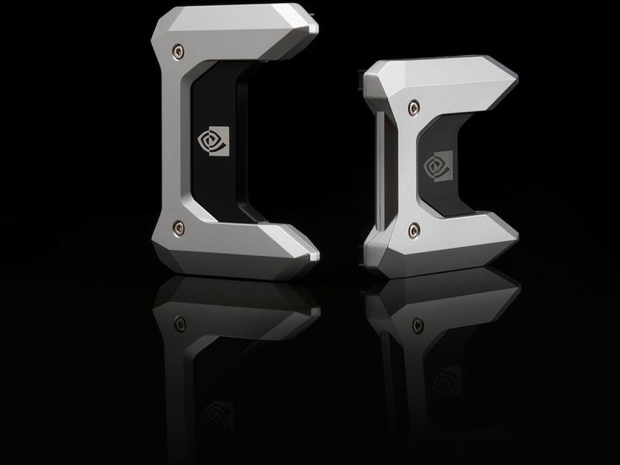 RGB LED is the theme

It was just a matter of time before Nvidia AIC partners started to announce their own custom NVLink bridges for Nvidia's RTX 2080 Ti and RTX 2080 graphics cards, including ASUS, EVGA, and Gigabyte.

ASUS is obviously targeting its ROG customers with the all-new ROG-NVLink bridge, which comes with LED ROG logo that can be controlled and linked to ASUS Aura Sync RGB software. It will be available in 3-slot and 4-slot versions.

Gigabyte has the same idea, only for its Aorus brand. It will be also available in 3-slot and 4-slot version and also have an RGB LED illumination, controllable via Gigabyte's own RGB Fusion software.

EVGA is the latest partner, which pretty much follows Nvidia's C-shaped design, and it also comes in 3-slot or 4-slot versions. It comes with RGB LED lights.

Nvidia has priced its own NVLink bridges at $80, and it appears this will be the theme for all other custom NVLink bridges around, but some of these partners might bundle it with their own high-end RTX 2080 Ti/2080 graphics cards. 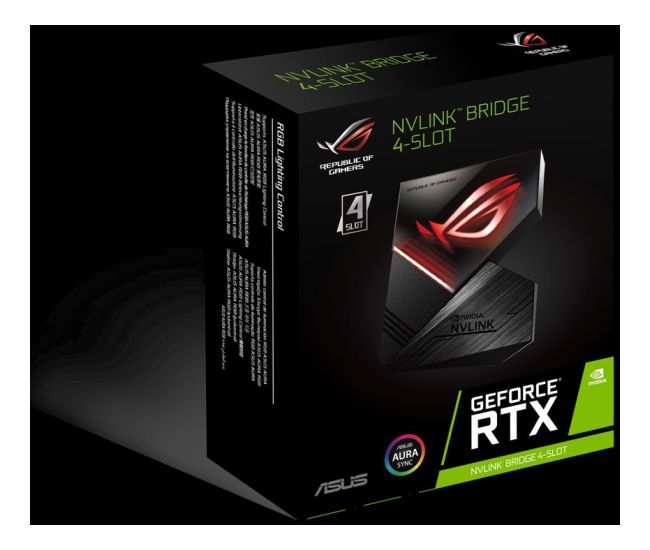 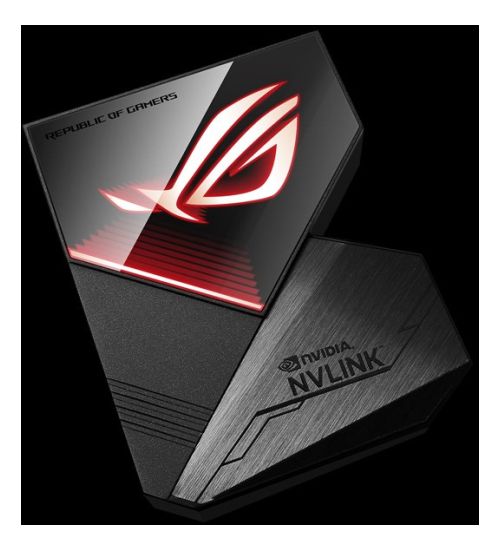 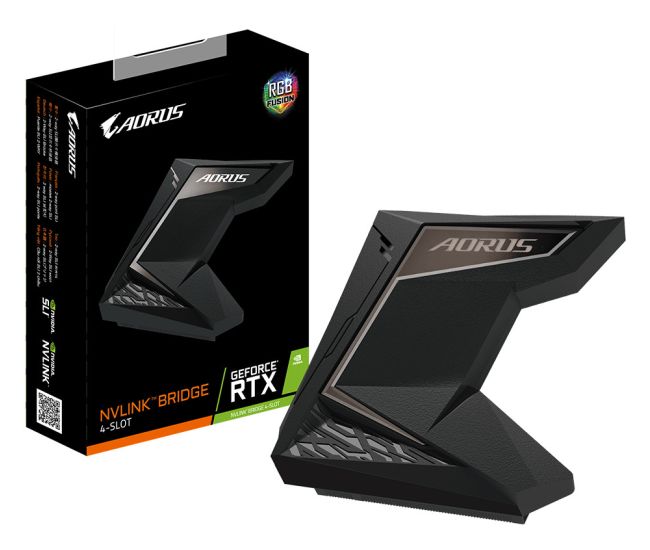 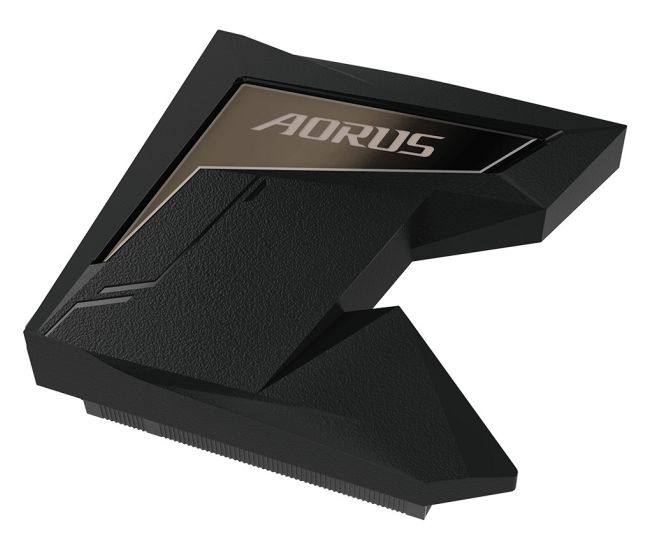 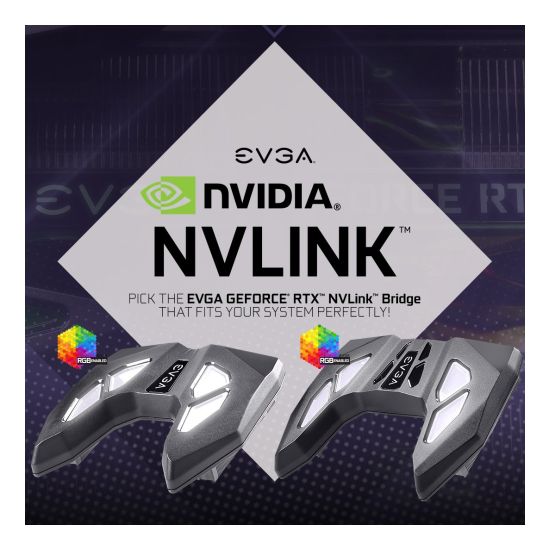 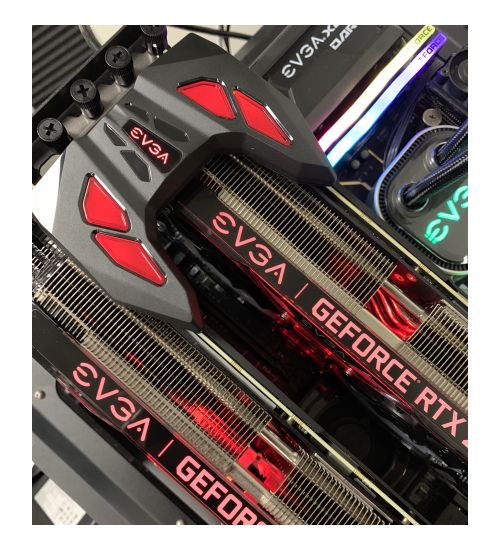 Last modified on 03 October 2018
Rate this item
(0 votes)
Tagged under
More in this category: « Intel Core i9-9900K shows up on Amazon AMD's share price far too high »
back to top