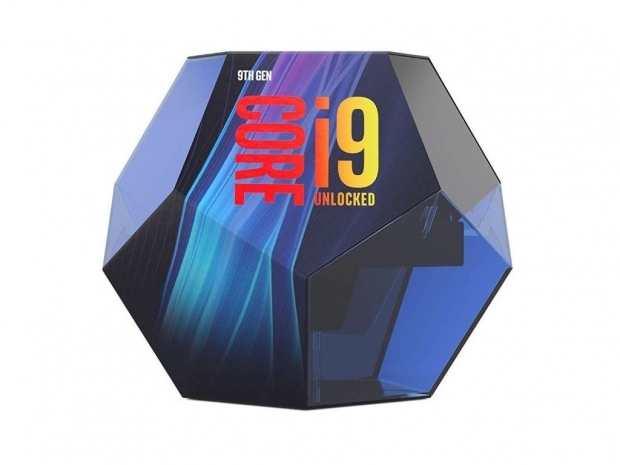 Ahead of Intel's official launch, the flagship Core i9-9900K has appeared in an online listing, together with a fancy new packaging.

Although the leaked $582.50 price tag might not be quite correct, the listing from Amazon, which was Tweeted by momomo_us, does show the all-new retail packaging.

It appears that Intel took a page from AMD's book and its Threadripper packaging but the acrylic geometric object, also known as a dodecahedron, as far as can be seen from those pictures, is quite interesting, to say the least.

It is still not clear if the packaging only includes the CPU or it will also feature some sort of special cooler, but it is clear that Intel wants its new flagship to have a premium packaging.

It is also not clear if this fancy packaging will be limited to the flagship Core i9-9900K or whether it will be also included with some other upcoming CPUs.

Last modified on 03 October 2018
Rate this item
(0 votes)
Tagged under
More in this category: « HP has leather laptop Custom NVLink bridges show up »
back to top