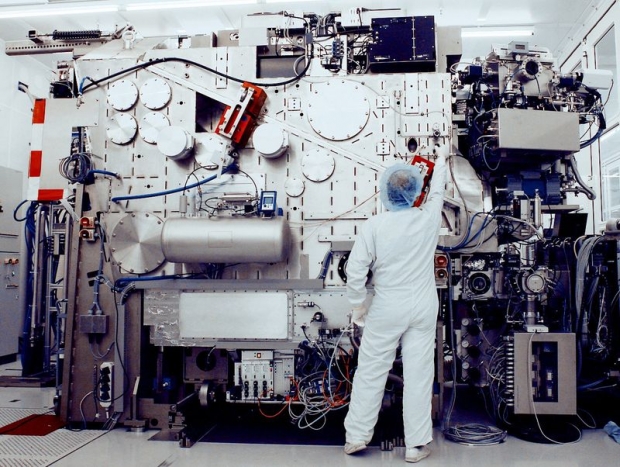 Globalfoundries has improved its extreme ultraviolet (EUV) mask yield rate to nearly 65 percent and made progress in its movement to EUV lithography.

Globalfoundries expects more EUV mask fabrication challenges before moving forward to the high-volume manufacturing stage. However, he is pleased that the outfit has a 65 percent mask yield rate even if it still has to be 95 percent to be commercially viable.

Globalfoundries will first use EUV lithography technology in its 7nm FinFET node, and has started to work with AMD in the process development, Patton said.

The company is planning the rollout of its 12nm leading-performance (12LP) FinFET manufacturing process to deliver better density and a performance boost over its current-generation 14nm FinFET offering. The 12LP node will be ready for volume production in the first quarter of 2018, he said.

DigiTimes says that Shanghai Fudan Microelectronics Group will adopt Globalfoundries' 22FDX platform to design and develop servers, AI and smart IoT intelligent products in 2018. Rockchip will apply 22FDX technology in the design of ultra-low power WiFi smart hardware SoC and high-performance AI processors, while Hunan Goke Microelectronics is planning to adopt 22FDX in its next generation of IoT chips.

Meanwhile, Globalfoundries is also looking to bring a more advanced 12nm FD-SOI process (12FDX) to the China market. The foundry is scheduled to move the 12FDX to risk production in the second half of 2018 followed by volume production in first-half 2019.

Last modified on 25 October 2017
Rate this item
(0 votes)
Tagged under
More in this category: « 7nm mobile SoCs to arrive in late 2018 AMD Q3 17 financial results released »
back to top