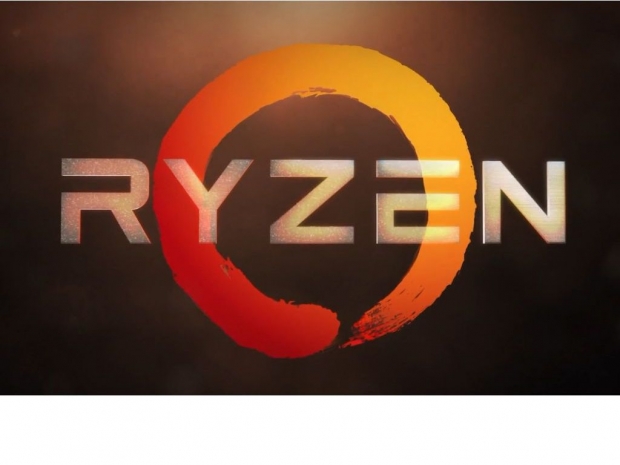 AMD was keen to show some performance figures of its upcoming eight core Ryzen SKU at the New Horizon event and has compared it to Intel's US $1049.99 priced Core i7-6900K eight core Broadwell-E CPU.

AMD noted that Intel's Core i7-6900K is currently the only eight core/16-thread CPU on the market so it was impressive to see it compared to AMD's Ryzen SKU, core to core and thread to thread. While these two might be matched in terms of cores and threads, AMD's Ryzen SKU was running at a 3.4GHz base clock  rate without Boost while Intel's Core i7-6900K was left at the starting gate with a  3.2GHz base and a  3.7GHz Turbo CPU frequency.

AMD picked two CPU "intense benchmarks", Blender and Handbrake tests, both which ought to  scale well with multi-core and multi-thread CPUs.

In Blender, both AMD Ryzen SKU and Intel Core i7-6900K were neck to neck, although running at different clocks, which is quite impressive. In the Handbrake test, an open-source video transcoder, AMD's Ryzen was actually faster in transcoding the Ryzen video to AppleTV 3 preset. 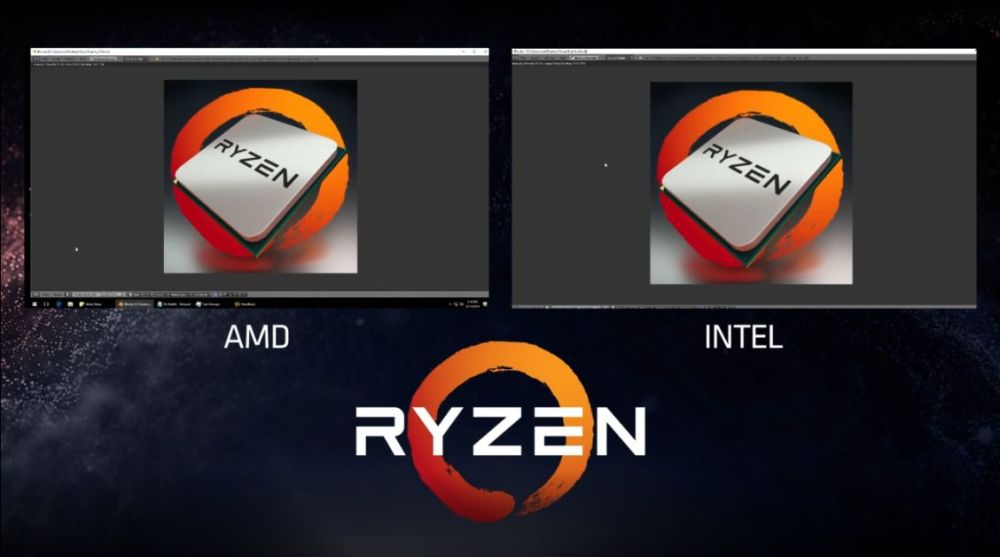 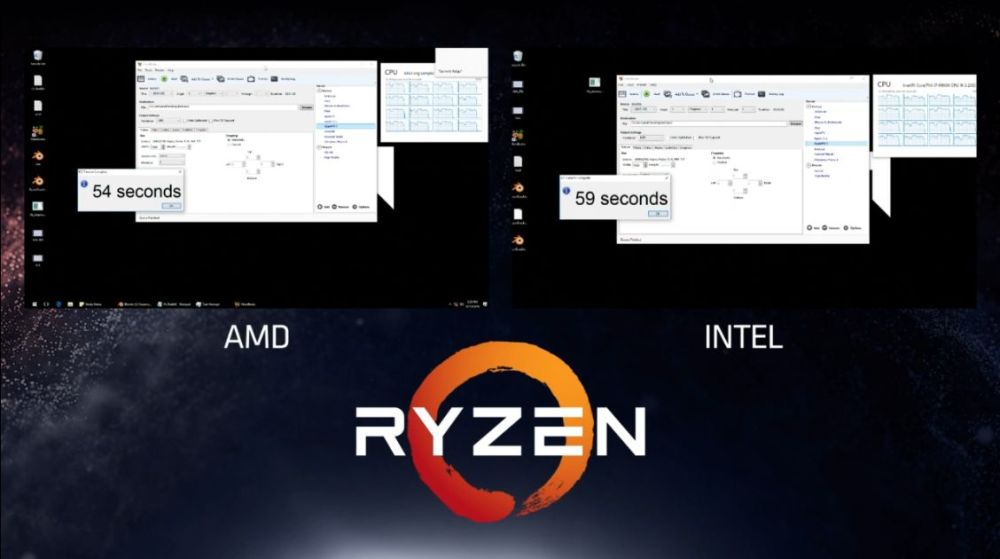 What is most impressive is that AMD President and CEO, Lisa Su, briefly mentioned that Ryzen is targeting 95W TDP, which is significantly less than the 140W that Intel Core i7-6900K is offering with the same amount of cores.

AMD also briefly showed Battlefield 1 running on Ryzen and the same Core i7-6900K and GTX 1080 graphics cards, which was a big and brief surprise and kinda embarrassing. While there were no numbers mentioned, the presenter did note that AMD Ryzen was providing the same frame-rate performance - if not better - due to great branch-prediction and the "Smart Fetch" feature. 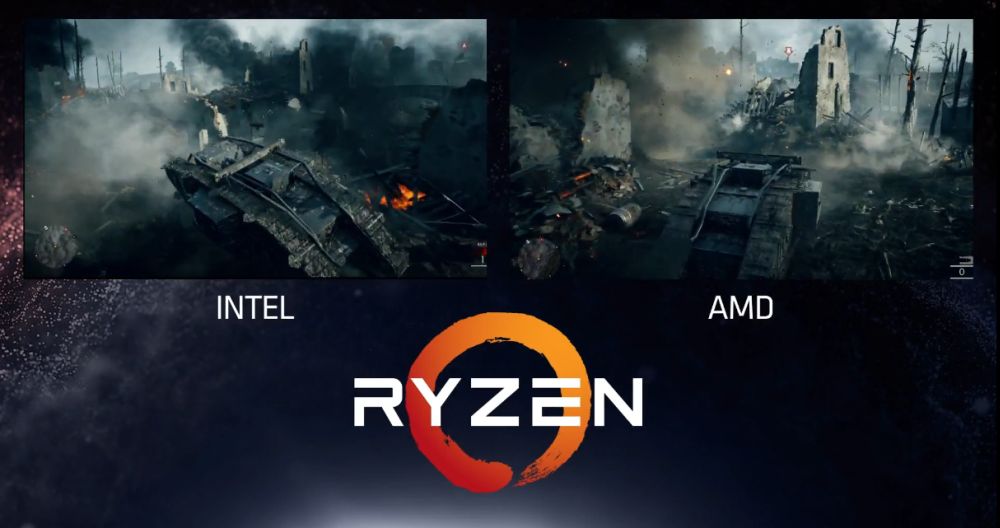 As a cherry on the top of the better kind of cocktail, AMD also showed a brief game play demo of the upcoming Battlefront: Rogue One DLC running on an AM4 motherboard, an eight-core Ryzen SKU and the upcoming Vega GPU based graphics card. The performance was, as expected, adequate and provided above 60 FPS all the way. 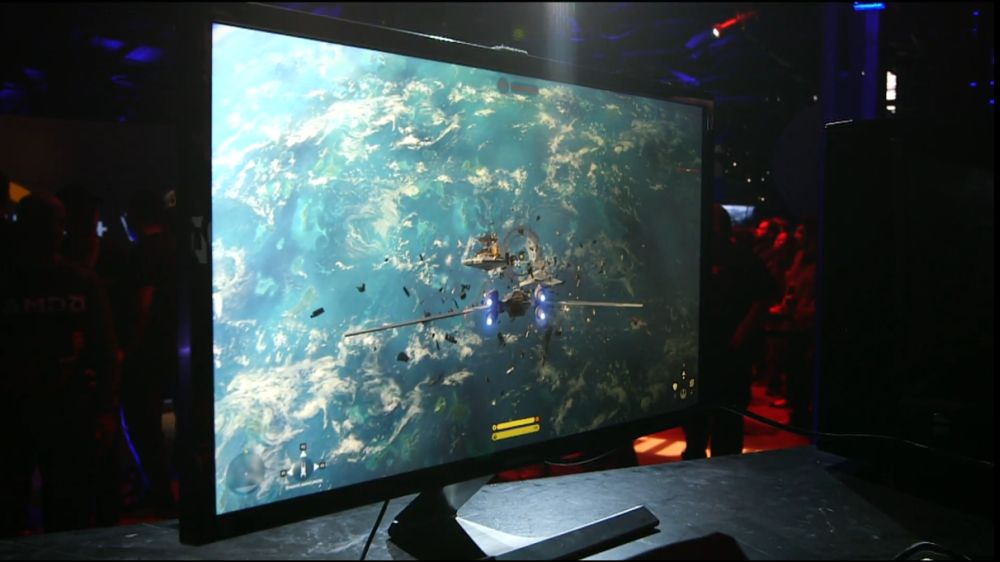 The upcoming AMD Ryzen looks quite impressive and with promised IPC gains going over previously mentioned 40 percent, it now only comes down to the price and the price wars that it will hopefully start. In case you missed it earlier, you can check out the AMD New Horizon video below.