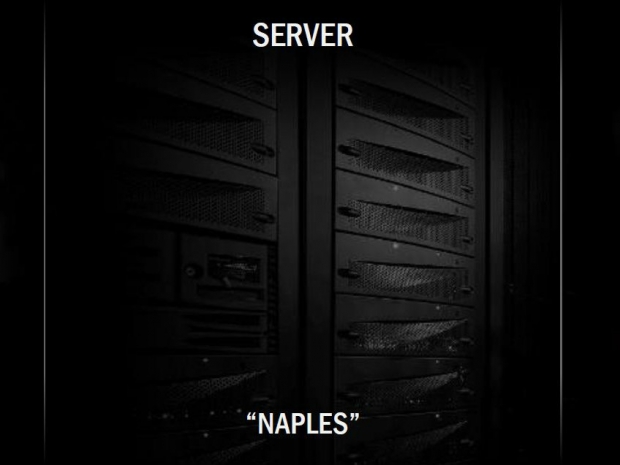 AMD’s CEO Lisa Su said that Summit Ridge, the processor that we will know as Ryzen, will arrive in Q1 2017 and she mentioned that Naples Zen for server will appear in Q2 and Raven Ridge, Zen APU will deliver in the second half of 2017.

It looks like 2017 might be a good year for AMD as the company plans to fill its void in the desktop, server and even the notebook market. Ryzen is an eight core CPU clocked at 3.4GHz or higher - it is the first one and AMD told us to expect it in Q1 2017.

The more interesting part is codenamed Naples and Fudzilla exclusively posted the news about this,  including a diagram.

Since AMD said that Ryzen has 20MB of total cache it is easy to work out that there are eight cores each with 512KB L2 cache and 16GB of L3 cache. We posted these details a few months ago. This means that Summit Ridge and an eight core Snowy Owl server will be based on the same core.

AMD has two separate codenames in the server market, Snowy Owl for 8 and 16 core server chip while Naples is reserved for 24 and 32 core versions. They are all based on Zeppelin blocks of eight Zen cores Fudzilla mentioned earlier this year.

The information we gathered lists 16 core, 24 core and 32 core version of Naples server architecture core too. Obviously an eight-core version of Naples shares the DNA of Summit Ridge. The obvious reason is that the desktop version uses the AM4 socket while the server versions will use the SP3 and SP4 sockets.

One can only hope that Ryzen's desktop part is going to ship to customers in Q1 2017 while the server Naples could launch in Q2 2017, in customer designs of course. One obvious reason to firstly launch a desktop part and follow up with servers is that desktops need less qualifications and all AMD needs is a few motherboards and some OEMs to launch the products.

Launching Naples is a bigger deal, as it means higher margins, higher revenues and an attack on the highly profitable server market. This is a market where Intel controls 99 percent of sales. This advantage is going to go, and AMD will win some server market back. Intel doesn’t have a 32-core server based part to compete with Zen.

The Skylake-SP processor that is supposed to launch in Q2 2017 supports up to 28 cores indicating that AMD will put pressure on Intel’s server market cash cow. Again the Skylake-SP processor might as well be a 32 core processor that has 28 cores enabled (due to yield problems) which could likely mean Intel will have a 32-core response soon. If such a core is possible, we would expect limited availability but again, maybe Intel didn’t want to show all  its cards, while waiting for AMD to show its Naples hand first.