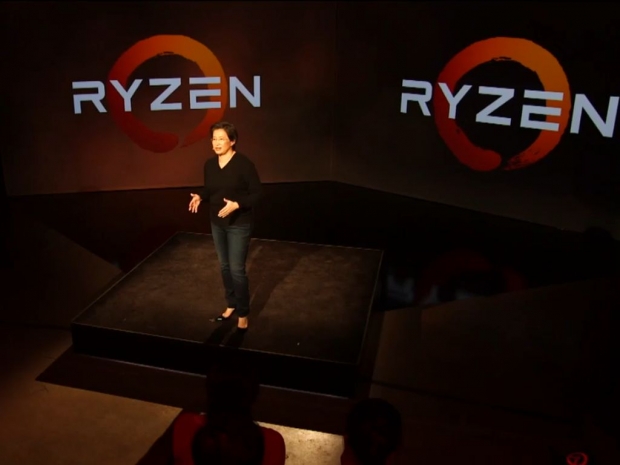 At its scheduled New Horizon event, AMD has now officially confirmed its branding for the  Zen CPU architecture, now to be known as the Ryzen. As we said before, the only SKU announced and detailed so far is the 8-core/16-thread CPU.

AMD's CEO and President, Lisa Su, started off emphasizing that this is the biggest leap in CPU tech in years, designed from the scratch in order to bring best possible performance and reach its 40 percent IPC increase. AMD also claims that it not only managed to reach that 40-percent increase but also beat it, so it will be interesting to see how far the Zen can push that increase.

While it did not go into details, the slide revealed that the eight core/16-thread SKU has 20MB L2+L3 cache, works at 3.4GHz base clock and has plenty of new "sensing and adaptive technology" that may provide higher performance, more control and better power efficiency. One thing that was not mentioned before is that it will target 95W TDP, which is an impressive number for an eight core SKU with SMT. 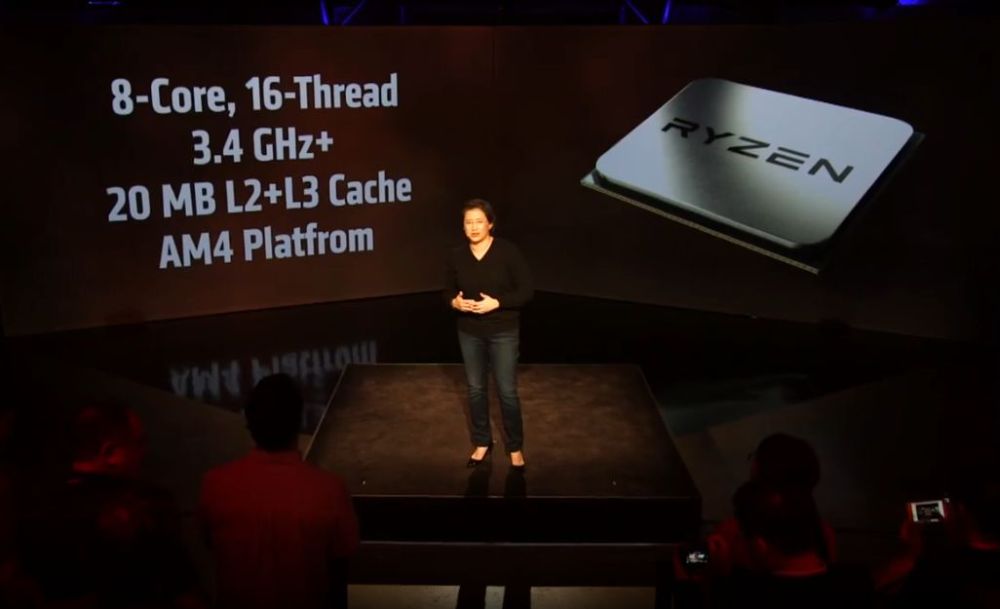 The AMD SenseMI technology, as announced by AMD, is in five parts, including Pure Power, Precision Boost, Extended Frequency Range, Neural Net Prediction, and Smart Prefetch - all of the five tending towards "marchitecture". Apparently, AMD managed to squeeze a bunch of embedded sensors that both give precise control, sensing the environment, load, type of cooling and more, which in the end provides both higher and more precise Boost performance and better power efficiency.

The most impressive feature to us appears to be  Neural Net Prediction, a "true artificial network inside every Zen processor", which builds a model of the decisions driven by software code execution and anticipate future decisions, pre-load instructions and choose the best path through the CPU. The Smart Prefetch should provide "the right data at the right time", by prefetching vital data into local cache, anticipating the location of future data accesses by application code and using learning algorithms to lear application data access patterns. 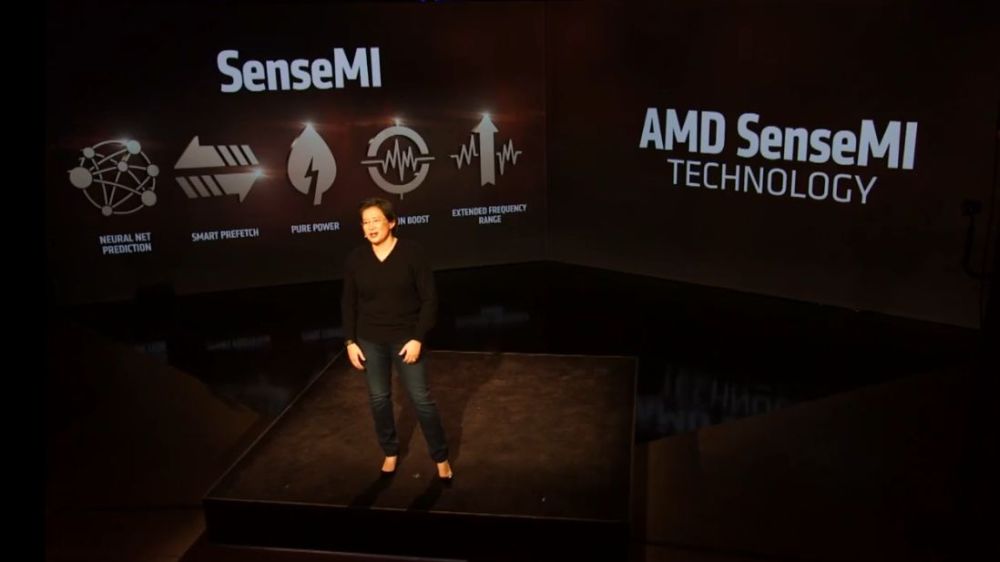 Dr. Lisa Su was also keen to note that AMD is on track for the Q1 2017 release, so,  hopefully, we will see it on retail/e-tail shelves sooner rather than later in the next quarter.

Last modified on 13 December 2016
Rate this item
(22 votes)
Tagged under
More in this category: « AMD's Zen-based Summit Ridge CPUs to be branded as Ryzen AMD eight core SKU beats up Chipzilla »
back to top