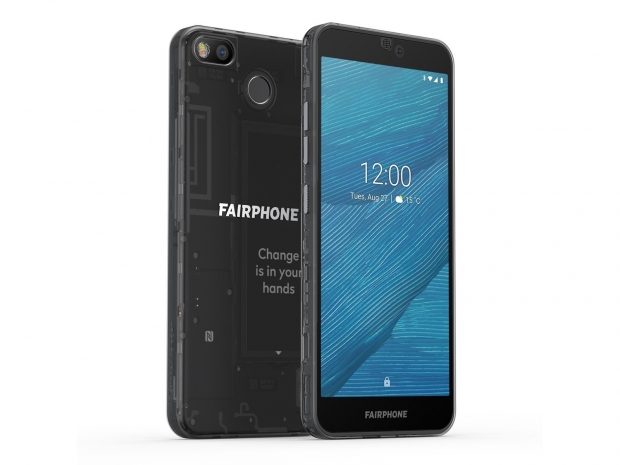 The Fairphone 3+ is getting glowing reviews and reviewers have noted that the idea is totally the opposite to Apple's model in every way.

Fairphone 3+ is a $550 phone with modular parts that can easily be swapped out by users themselves. Apple fangirl Catie Keck via Gizmodo said: "It doesn't benefit most retailers to allow you to easily repair your own stuff, meaning that a lot of gizmos these days -- particularly higher-end electronics -- are packed with proprietary parts and sometimes even software locks to dissuade consumers from attempting to perform repairs themselves.

"While it is a "repairable dream" and features two big camera upgrades over the Fairphone 3 (which does support the new upgraded camera modules).

Fairphone 3+ has 64GB of memory but can be upgraded to 400GB with a MicroSD card. It has a Qualcomm 632 processor, a 5.65-inch display, Bluetooth 5, a 3000mAh battery that supports Qualcomm QuickCharge, and six total modules to swap out for easy repair.

"A thing I didn't expect to love as much as I did was fingerprint ID on the backside of the phone -- particularly as Face ID on my iPhone 11 has become a massive pain in the butt in these mask-on times. At present, Fairphone doesn't support 4G connectivity in the US", she said.

She did moan that the camera was only available in civilised countries had did not ship to the US yet. But she though it great that a company made a commitment to repairability that  Apple did not.

Last modified on 23 September 2020
Rate this item
(2 votes)
Tagged under
More in this category: « Overrated phone gets the most hyped carrier technology Huawei: "US attacking our supply chain" »
back to top