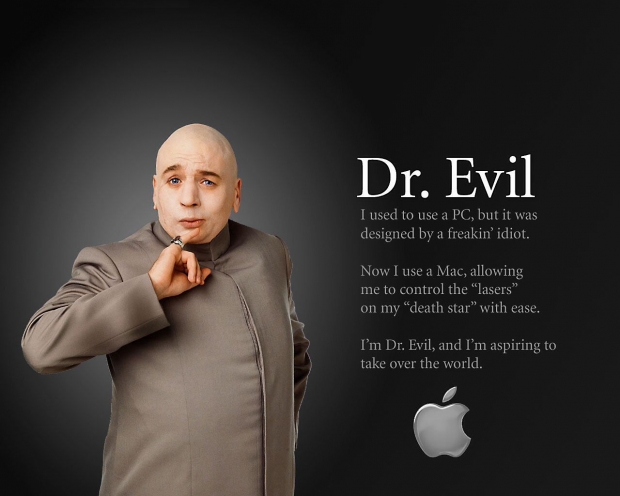 While fruity cargo-cult Apple tries to get its gear product placed into movies, it insists that it cannot be used by the bad guys.

According to Knives Out and Star Wars: The Last Jedi director Rian Johnson, Apple has a strict stipulation in its product placement contracts that its devices cannot be used by any villainous characters. In a Knives Out scene dissection for Vanity Fair, Johnson said: "Apple, they let you use iPhones in movies but, and this is very pivotal if you're ever watching a mystery movie, bad guys cannot have iPhones on camera". He followed this up with, "Every single filmmaker who has a bad guy in their movie that's supposed to be a secret wants to murder me right now".

So, in other words, it is ok if your phone is made by convicted price cartel operators who peddle overpriced gear which sometimes can't tell the time, or needs a rubber band to work, but it cannot be seen in the hands of a screen racketeer.

The Tame Apple Press insists that there is nothing surprising about the move. Engadget said given the reported issues production teams have faced from Apple enforcing creative control over its own originals, it's clear the company wants to keep a tight rein on its reputation.

It's not clear when this policy was implemented as in 2013 House of Cards' Frank Underwood used Apple gear all the time and he was pretty nasty.  It does mean of course that anyone who uses an iPhone is never going to end up a bad guy in an end of plot twist. Although there is a good chance that they might be the smug annoying character who gets offed by someone desperate to raise the standards of the world.

Last modified on 27 February 2020
Rate this item
(2 votes)
Tagged under
More in this category: « Manufacturers ignoring 5G functions on Qualcomm chips Vivo shows its APEX 2020 concept in more detail »
back to top