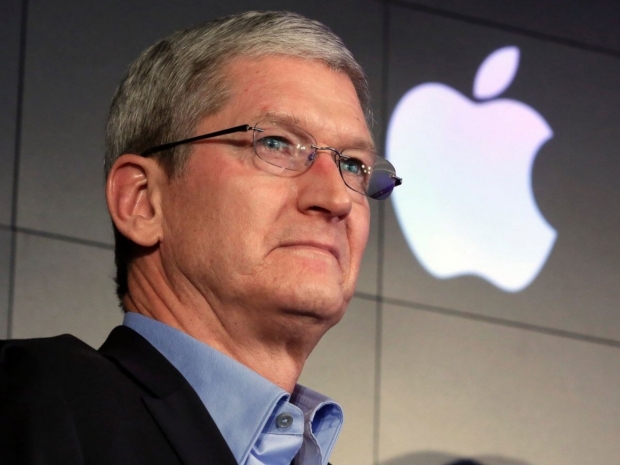 The supreme dalek of the Apple cargo cult, CEO Tim Cook, has called for more government regulation to protect privacy.

Ironically talking to Time magazine - Time being something Apple is not very good at - Cook said:  "We all have to be intellectually honest, and we have to admit that what we're doing isn't working."We assume he meant privacy rather than the latest MacBooks because he then said: "Technology needs to be regulated. There are now too many examples where the no rails have resulted in a great damage to society."

Cook suggested that US regulators could look to Europe's passage of the General Data Protection Regulation (GDPR) in 2018. "GDPR isn't ideal," said Cook. "But GDPR is a step in the right direction."

Cook's view is that the tech industry has no other responsible option but to accept more government oversight.

"We are advocating strongly for regulation — I do not see another path."

Cook explained Apple's stance on transparency and money in politics. "We focus on policies, not politics", Cook said. "Apple doesn't have a PAC...I refuse to have one because it shouldn't exist."

The CEO also spoke on Apple's positions on other issues, like immigration and education, as well as the company's new emphasis on health-related technology, like the newest Apple Watch, which includes a built-in EKG.

"I do think that there will be the day that we will look back and say, 'Apple's greatest contribution to mankind was in healthcare'."

Apple doesn't want to keep people glued to the phones in their pockets, which is why they have developed tools to help users keep track of the amount of time they spend on their phones, Cook said.

"Apple never wanted to maximize user time... We've never been about that. We're not motivated to do that from a business point of view, and we're certainly not motivated from a values point of view. If you're looking at a phone more than someone's eyes, you're doing the wrong thing", Cook said.

Speaking on those issues, Cook returned to his own perspective on corporate responsibility. He says corporate leaders should do what they think is right, instead of trying to avoid controversy.

"I try not to get wrapped up in a pretzel about who we upset", Cook said. "At the end of the day we'll be judged more on 'did we stand up for what we believed in,' not necessarily, 'do they agree with it.'"

Last modified on 24 April 2019
Rate this item
(0 votes)
Tagged under
More in this category: « T-Mobile Chief Technology Officer warns 5G is pants Phone users are not bothering to upgrade »
back to top