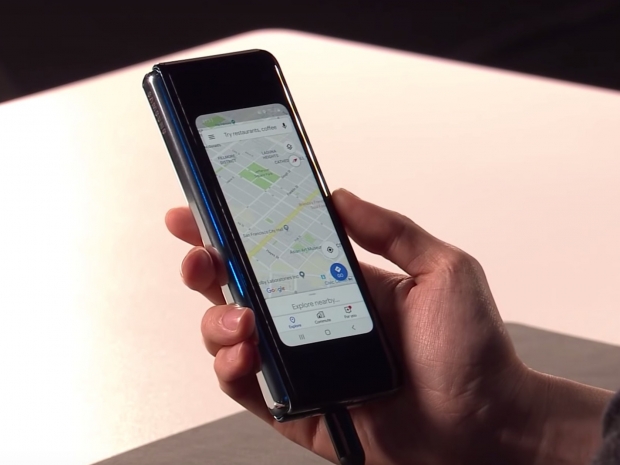 Tame Apple Press says we told you so

Samsung said it has received “a few” reports of damage to the displays of samples of its upcoming foldable smartphone, raising the prospect of a less than smooth entry for the splashy $1,980 handset.

Ahead of the launch, journalists supplied with review samples reported malfunctions after only a day or two of use.

“We will thoroughly inspect these units ... to determine the cause of the matter”, Samsung said in a statement.

"The malfunctions raised the spectre of Samsung’s doomed Galaxy Note 7 phone three years ago. Battery and design flaws in the Note 7 resulted in some units catching fire or exploding, forcing Samsung to recall and cancel sales of the model. The recall wiped out nearly all profit of Samsung’s mobile division in the third quarter of 2016", Reuters said.

With the Fold, analysts said malfunctions from the first batch of a test model were of little surprise. Moreover, the handset’s in-folding design is likely to be less durable than Huawei’s out-folding approach, they said.

Bloomberg reporter Mark Gurman tweeted: “The screen on my Galaxy Fold review unit is completely broken and unusable just two days in. Hard to know if this is widespread or not.”

However, it turns out that a lot of the reviewers who had problems removed a plastic layer on the screen that was not meant to be removed and the phone malfunctioned afterwards.

Gurman said that a wrapper around the device featured “ATTENTION” in uppercase and warned not remove the layer, showed a tweet from another sample recipient.

Samsung said removing the protective layer might result in damage, and that it would inform customers of the issue.

Dieter Bohn, executive editor of The Verge, said a “small bulge” appeared on the crease of the phone screen, which appeared to be something pressing from underneath the screen. Bohn said Samsung replaced his test phone but did not offer an explanation for the problem.

“It is very troubling”, Bohn told Reuters, adding that he did not remove the protective layer.

CNBC.com tech editor Steve Kovach tweeted a video of half of his phone’s screen flickering after using it for just a day.

Samsung has said it plans to make at least 1 million Fold handsets, versus the total 300 million phones it produces annually. It has closed Fold pre-orders due to “high demand”.

Samsung told Reuters there was no change to its release schedule following the malfunction reports.

Analyst Lee Kyu-ha at NH Investment & Securities said that as time goes on its yield rate will improve, and foldables will be much better.

Last modified on 18 April 2019
Rate this item
(0 votes)
Tagged under
More in this category: « Apple can't fix this bug problem with updates Possible Snapdragon 735 details leaked online »
back to top