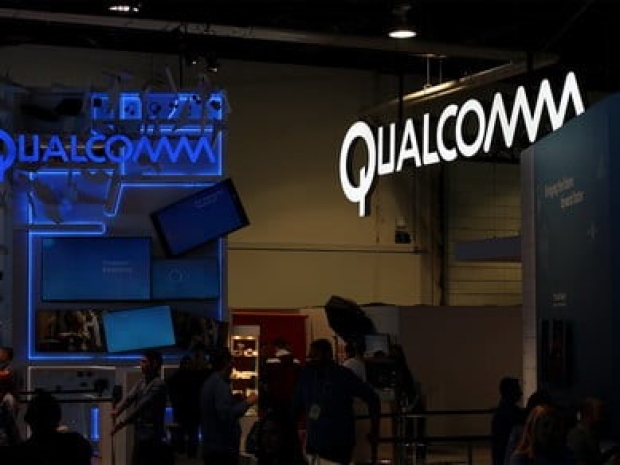 Billions of dollars at stake

The multi-billion dollar Apple and Qualcomm five-week court case has opened in San Diego that'll determine whether Qualcomm operates a smartphone modem chip monopoly and charges too much in licensing fees.

For those who came in late, Jobs' Mob, which has previous form for running a pricing cartel, has accused Qualcomm of anticompetitive practices which raised chip prices, restricted competition and hurt customer choice.

Apple claims that it pays Qualcomm twice, first by purchasing processors and then by paying royalty fees.  Apple said that it should pay fees based only on the cost of the wireless chip inside its iPhones.

Apple partners Foxconn and Pegatron, which assemble its devices, agree and joined the lawsuit.

Qualcomm says there is competition; in fact, Apple switched to Intel chips when it didn’t get its way over pricing.  It claims its technology is more than modems so it should be compensated based on the selling price of the phone itself.

The jury trial will be argued before US District Court Judge Gonzalo P. Curiel of the Southern District of California in San Diego.

Today, both sides present opening arguments, and Apple calls its first witnesses. The list includes Apple CEO Tim Cook, who's likely to appear during the first week. Apple's operating chief, Jeff Williams; its head of marketing, Phil Schiller; Qualcomm CEO Steve Mollenkopf; and Qualcomm President Cristiano Amon. After the first week, the court will be in session Mondays to Wednesdays, and closing arguments and jury deliberation are expected the week of May 13.

Apple's manufacturing partners want a refund of $9 billion for allegedly overpaying royalties since 2013. Under antitrust law, that amount could be tripled. Qualcomm wants damages of its own for breach of contract.

The Tame Apple Press says that losing the case will be a disaster for Qualcomm which will have to change its entire business model, collecting far lower royalties based on the price of its chips, not the phones they're in.

It is even blaming Qualcomm for the reason why Apple could not get 5G claiming that Intel doesn't yet have a 5G chip ready.

Apple relied on Qualcomm's modems to connect its devices to mobile networks. From the iPhone 4S in 2011 to the iPhone X in 2017, Qualcomm was the sole provider of 4G chips that helped Apple's devices access Verizon, AT&T and other wireless services.

The close relationship fell apart. Apple started buying modems from Intel, beginning with the iPhone 7 in 2016. That fuelled a budding disagreement over licensing fees. The recent iPhone XS, XS Max and XR contain only Intel modems.

Qualcomm derives a significant portion of its revenue from licensing those inventions to more than 300 device makers, mostly handset companies. Some patent holders license their intellectual property on an individual basis; Qualcomm licenses all its patents as a group. For a set fee, a device maker gets to use all of Qualcomm's technology.

Qualcomm owns patents related to 3G, 4G and 5G phones -- as well as other features like software -- any handset makers building a device that connects to a network have to pay it a licensing fee, even if they don't use Qualcomm's chips. Qualcomm argues that chipmakers don't need licenses because the handset makers already cover the cost of using its technology.

Apple licenses Qualcomm's technology through its manufacturers rather than purchasing a license of its own. During the January trial, Apple said it had tried for five years to negotiate a direct license with Qualcomm but claimed that the terms offered, like cross-licensing Apple's technology, weren't fair.

The contract manufacturers pay Qualcomm billions in royalties each year, an amount Apple then reimburses.

Qualcomm calculates its royalty fees on the value of the phone, not the components in it. Apple, the FTC and other regulatory bodies have challenged that practice. This is because Apple’s phones have huge mark-ups based on the fact they have an Apple logo.  Apple argues Qualcomm shouldn't be paid for value Apple creates with its iPhone brand.

However Qualcomm caps the selling price of the phone, the basis for its royalty, at $400, even if a device sold for triple that. The chipmaker says that means it isn't charging for contributions Apple makes. Apple's ultrapremium iPhone XS Max costs from $1,099 to $1,449, depending on how much storage it has. But with Qualcomm's cap, Apple would pay a royalty rate equivalent to that of a $400 phone.

Apple said that Qualcomm gets $7.50 for each iPhone. Apple says it should pay only $1.50 per device, a five percent fee for the cost of each $30 modem used in an iPhone. Because it said so and it has a cash pile to prop up.

Judge Lucy Koh, who oversaw January's FTC battle, has ruled ahead of that trial that Qualcomm has to license its wireless chip to its competitors.

Qualcomm maintains that no modern handset, including the iPhone, would've been possible "without relying upon Qualcomm's fundamental cellular technologies". In its response to Apple's filing, the company made some counterclaims of its own, including breach of contract and unfair competition.

In May 2017, Qualcomm filed a lawsuit against Apple's iPhone manufacturers alleging breach of contract. The suit came less than a month after Apple and its manufacturers stopped paying patent royalties for Qualcomm technology. In October 2018, Qualcomm said Apple and its partners owed it $7 billion in back royalty fees.

The US Federal Trade Commission sided with Apple and filed an antitrust lawsuit two years ago, accusing Qualcomm of operating a monopoly, requiring exclusive agreements and charging excessive licensing fees for its technology. The two met in a San Jose, California, court in January. The judge overseeing the case hasn't yet issued her verdict.

Qualcomm will argue that its licensing practices are reasonable and that it has fulfilled its responsibilities when it comes to fair licensing terms for standard essential patents. The company will also remind the judge that it isn't being paid by Apple and its subcontractors. And Qualcomm will argue it isn't stifling competition and hasn't hurt Apple or its manufacturers.

"Although this case involves a large number of claims and counterclaims, at its heart it is about Apple and its contract manufacturers' refusal to pay what they owe for their continued use of Qualcomm's IP", Qualcomm said in a March trial brief. "The Qualcomm IP licensed to the contract manufacturers forms the core of modern cellular technology without which the iPhone could not exist."

Qualcomm has gone through this before and this time is expected to focus on Apple and its contract manufacturers, not how it dealt with the entire mobile industry, like in the FTC trial.

Qualcomm will try to give a better justification for its "no license, no chips" policy. The chipmaker won't let a handset manufacturer buy its modems until that company signs a licensing agreement. Qualcomm argues that the practice of offering a license before selling chips is best for the industry because its licenses cover more than modems.

Apple at an earlier trial said it felt it had no options when it came to negotiating over Qualcomm's licensing fees, because it had to do what it was told.  The whole industry knows that Apple gives the orders and partners to obey them.

Last modified on 16 April 2019
Rate this item
(0 votes)
Tagged under
More in this category: « Hey, Siri, why are Apple sales falling? Huawei open to flogging Apple its 5G chipsets »
back to top